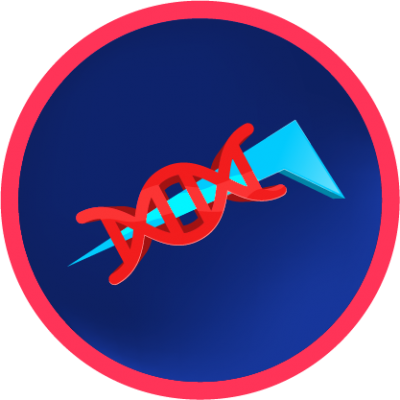 Lying in the name of science 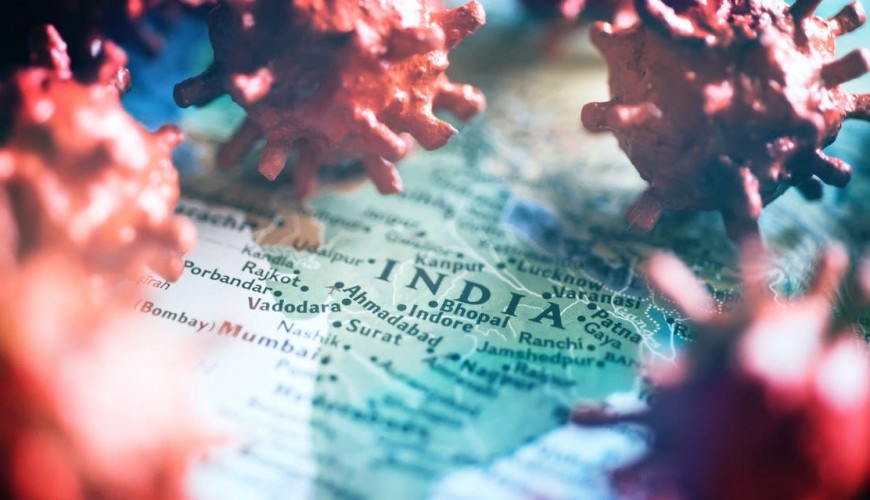 Is the “Indian surge” of the Corona virus transmitted through an Indian air depression?

A local Syrian radio station quoted a medical official in the Syrian regime as saying that the Indian mutation of the Corona virus is transmitted in the air, claiming that "the mutation can be transmitted to Syria through an Indian air depression."

The statement, which was reported by (Sham FM) Radio, on the authority of Dr. Nabug Al-Awa - a member of the advisory group on the response to the Corona virus of the Syrian regime - in which he said that "the Indian surge of the Corona virus began during religious ceremonies in India, and after that the infections intensified," claiming that "this The mutation is stronger and more dangerous than all previous mutations, due to the fact that it affects the lung and travels through the air."

The medical official stated, during an interview with the local radio, that "the transmission of the Indian surge may take place in two ways, either through a resident in India who wants to come to Syria, or through an Indian air depression, but this happens at a weak rate, indicating that things are due to the person's immunity and ability." to fight the virus." 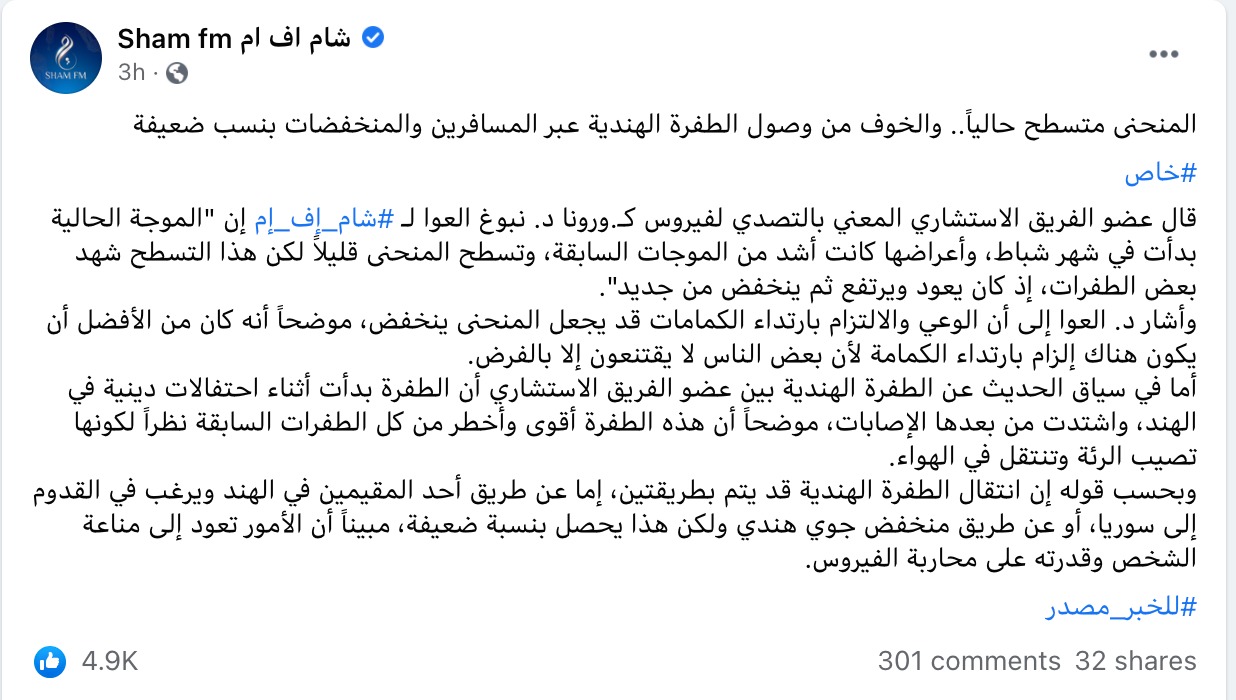 Several Syrian news websites contributed to publishing the claim and attributing it to its source, a sample of which can be found in the prosecutor's sources table at the end of the article.

Verify-Sy team conducted a search using keywords related to the claim that “the Indian surge of Corona virus can be transmitted through an Indian air depression,” and it turned out that the claim was incorrect.

According to the team’s findings, an American study published in the year 2020 showed that the Corona virus could withstand for three hours after researchers used nebulizers to spread it in the air, but contrary scientific opinions considered that the use of nebulizers does not mimic the patient’s cough, and in this case the virus is Viable for only a few seconds.

According to scientific views, the transmission of the virus is mainly through small droplets that patients exhale when they cough or sneeze, and in this case, it is viable for only a few seconds.

According to a scientific summary published on the official website of the World Health Organization in March 2020 under the title: “Modes of transmission of the virus that causes Covid-19 disease: Implications for recommendations on precautionary measures for infection prevention and control.” Infection with the virus that causes Covid-19 disease is mainly transmitted from Person-to-person via respiratory droplets and contacts, and in an analysis of a total of 75,465 cases of COVID-19 in China, no air transmission was reported.

The results of the search on the World Health Organization website did not show any updates indicating the possibility of transmission of the Corona virus through the air, which was confirmed by Dr. Muhammad Salem - a member of the technical committee in the Syria Vaccine Team working in the Syrian opposition areas, noting that there is no evidence about the transmission of the virus through the air. Considering that if there were a possibility of transmission of the virus by air, the preventive measures followed would have been entirely different, and social distancing could not be applied, and the only solution at the time was complete closure and obligating people to stay in their homes.

During the research process, the author of the article reached a publication, “Apology and clarification from Dr. Naboog Al-Awa regarding his statement on Sham FM radio about the transmission of the Corona virus through the Indian depression,” during which the medical official stated to a medical page on Facebook bearing the name (Hakim’s Stethoscope) that his meeting went out of context, and the conversation was a joke, given that the presenter of the morning program is the same colleague, Diala Hassan, the presenter of the weather forecast.

Al-Awa apologized to the followers if his joke was misunderstood or misinterpreted, as he said, "India is thousands of kilometers from our country, and the virus cannot be transmitted through the air all these distances."

It is noteworthy that the Syrian doctor's statements are still circulated on the Facebook page of (Sham FM) Radio until the time of preparing this article, despite the source's clarification, his apology, and his demand that all the pages that published the news of the spread to publish the clarification so that there is no confusion on his tongue.

Indian scientists have told their country's authorities about mutations in the Corona virus that can escape the immune system when the country is witnessing a sharp rise in the number of Covid infections described as a "Corona tsunami".

According to the Al-Hurra channel website, a forum of scientific advisors established by the Indian government told the authorities about slight mutations in some Corona virus samples that could "escape the immune system" and require further study.

Although they have spotted mutations, scientists say there is no reason to believe that these mutations are expanding or dangerous.

Scientists are studying the reasons for the current rise in the number of cases in India and whether a new mutant that was first discovered in the country, called B.1.617, is responsible for this rise.

The World Health Organization has not declared the Indian strain a "species of concern", as it has done with strains first discovered in Britain, Brazil and South Africa.

But the World Health Organization said on April 27 that its early modeling, based on genome sequencing, indicates that B.1.617 has a higher growth rate than other variants circulating in India, according to Reuters.

India records about 400,000 new corona cases per day, after counting more than seven million cases last April, which led to the flooding of the health system in several regions.