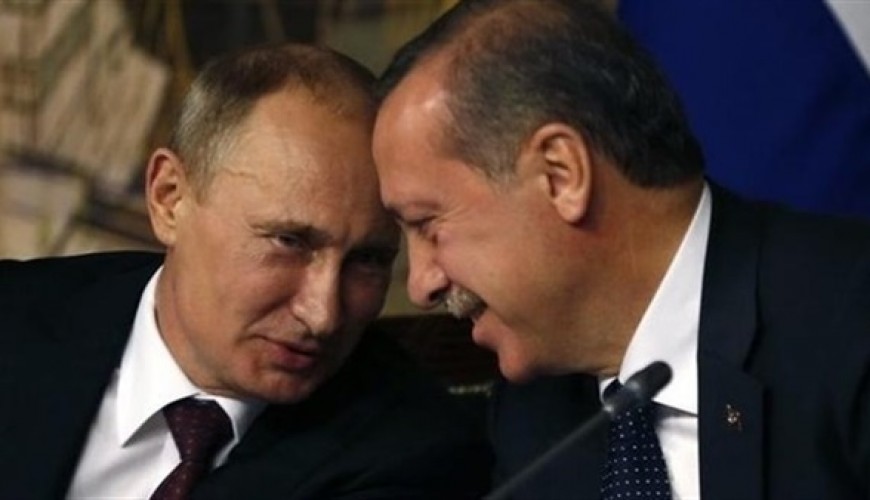 Verify-Sy searched for the date of the news and turns out it was on 23 December 2016 which is the same date on the photo and the date of the kidnapped Libyan airplane landed at Malta and release the hostages.

On the same day Russia Today shared Putin statement saying: 100k civilians will be evacuated from Aleppo and i want to stress out that this is the biggest international humanitarian operation in the modern history was done by the help of Turkish president and Iranian leadership, knowing that this operation was connected with exchange operation and lift the siege on Shia-majority towns.

AFP quoted Putin on the same day saying "Aleppo evacuation wouldn't success without help from Russia, Turkey, Iran and good intentions from Assad and the next step in Syria should be a complete ceasefire.

Here looks like the context of Putin statement is about Iran and Turkey role in the humanitarian operation and evacuating besieged civilians in Aleppo where both Turkey and Iran played role in the negotiations, the context wasn't about Turkish role in military operation on Aleppo.

Worth to mention that this statement was at the last day of evacuation of civilians from Aleppo city.

Re-sharing this statement now gave the audience an impression that it's new and Putin said it during his current visit to Turkey.