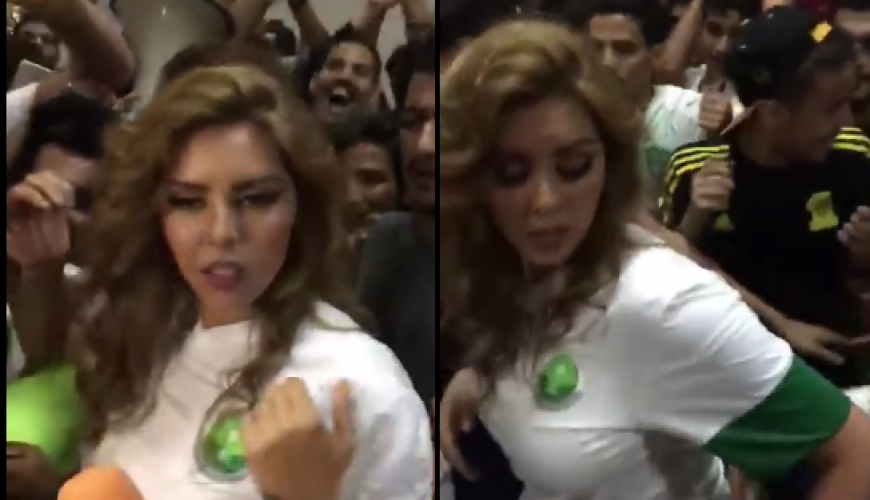 This video is not from Saudi stadiums

Social media Arab pages shared a video of a TV reporter surrounded by male football fans and the publishers said it is in a football stadium in Saudi Arabia after Saudi authorities allowed women to attend football matches.

Verify-Sy searched for the video and found out it was posted before and not in Saudi Arabia when al-Quds al-Arabi newspaper published a photo of it in September 2016 saying that the TV reporter is Saudi and her name is Sara Abdulaziz was harassed while she was in the middle of fans celebrating the win of Saudi team against Iraq in World Cup qualification after the match in Malaysia.

But Abdulaziz denied in a video that she was harassed and said that the fans protected her and helped her to leave the crowed which made her nervous.


Saudi Sport general commission announced on 30 October 2017 that it will allow women to enter sport stadiums and said it started to prepare 3 stadiums in Riyadh, Jedda and al-Damam to be able to host receive families according to the Saudi law.