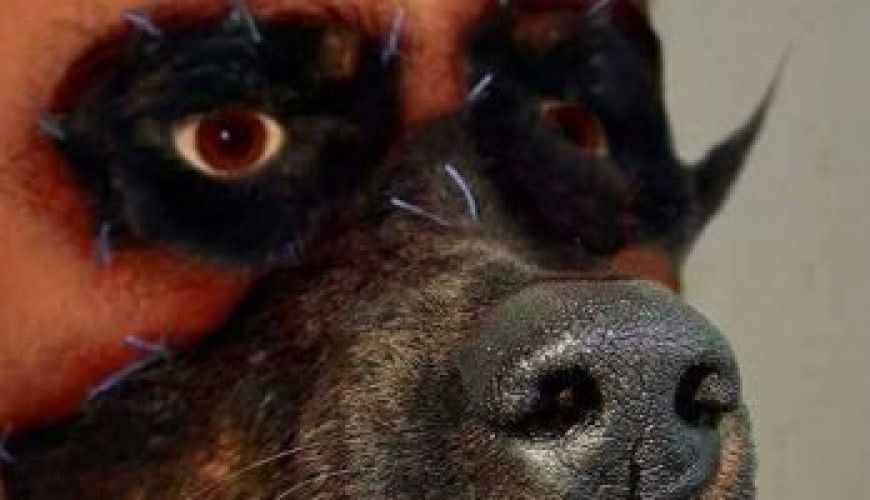 Social media pages and news websites shared photos of human head was reshaped as dog head, pages and websites said it's for a British man called James Carlton who decided to give up on smelling sense to reshape his face like a dog's head for fame.

Websites said the surgery which cost 100k $ was one of the most dangerous surgeries.

Following a search by Verify-Sy turns out the photos were published on hoax-slayer website since June 2013 which said it's for Brazilian artist Rodrigo Braga who used dog's head after its merciful death on a silicone head identical to Braga's for solidarity with animals' rights.

The website said the art was in 2004 under the name "compensation fantasy" and the photos were enhanced digitally to seem more realistic.

Braga said he got permission to use the dog's head and was created by using the plastic production (real) with digital manipulation (virtual) and didn't cause harm to the animal.