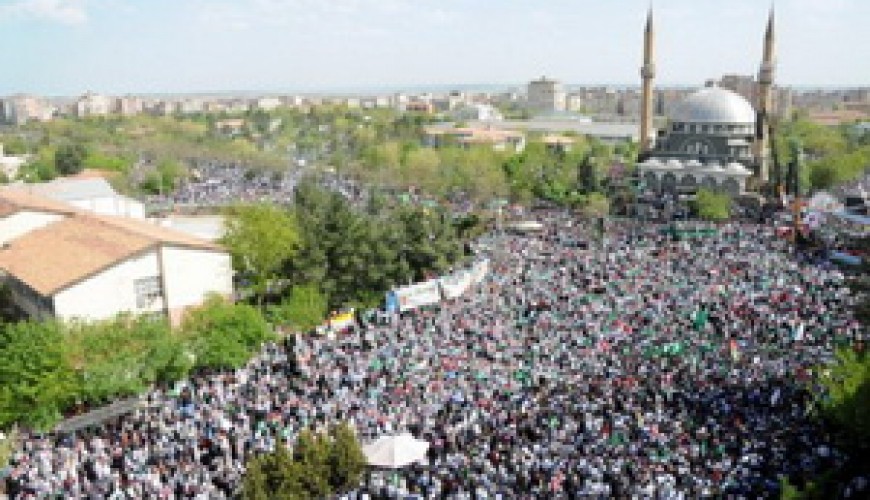 This Protest in Turkey not for Support to Palestine

Photo publishers said the protest in Kurdish-majority city in support for Palestinian's rights after US President Trump recognition of Jerusalem as Israel capital.

Verify-Sy searched for the source of the photo and found it was taken in 2012 during Prophet Mohamad SAW birth anniversary.

Worth to mention that several Turkish cities witnessed in the past few days protests against Trump recognition of Jerusalem as Israel capital.