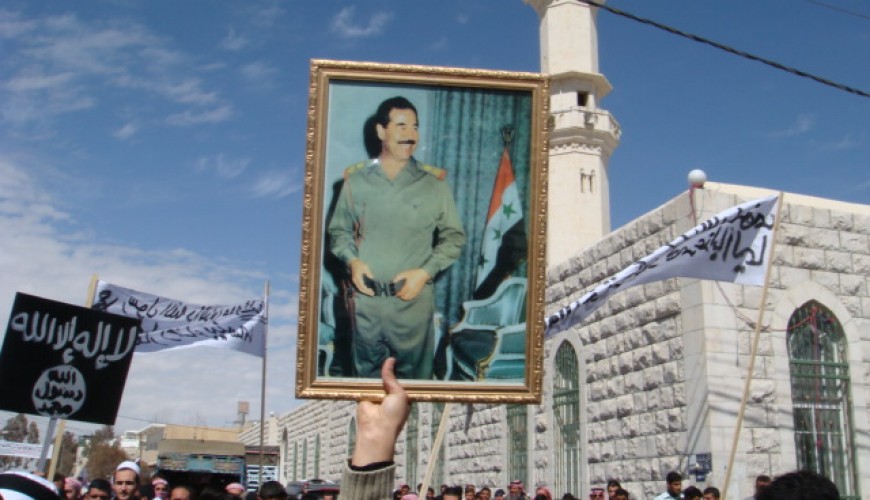 The video published on YouTube on 2/1/2018 showing people celebrating and someone raised a shirt with the photo of late Iraqi president Saddam Hussain on it while others chanted in Arabic “with blood we defend Saddam”.

Following a reverse search conducted by Verify-Sy for this video, another video taken from another angle of the same celebration was posted on YouTube on 1/1/2018 under the title “Saddam Hussain’s photo raised in Baghdad during New Year’s Eve celebration”.