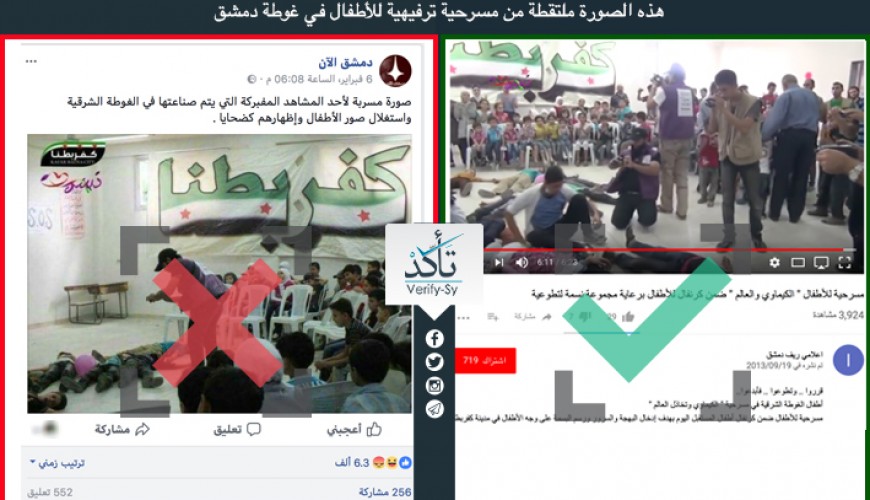 Syrian social media news pages and Russian personal accounts have recently been shared a photo showing children, some of whom were lying on the ground while someone was filming them.

The photo publishers said that it's leaked from one of the fabricated scenes that are being made in eastern al-Ghouta, exploiting the children's images and portraying them as victims

During the reverse search conducted by Verify-Sy platform, turned out that the photo was taken during a children's play staged in the city of "Kafr Batna" in the eastern Ghouta of Damascus gorge besieged by the Assad regime, which was held in September 2013.

Verify-Sy attaches a video recording of the play has been posted on the YouTube site since 19/09/2013 for the play "Chemical weapons and world inaction" in the Future Children's Carnival organized by a voluntary group to entertain and draw smiles on the children's faces in the city of Kufr Batna in the eastern Ghouta of Damascus.