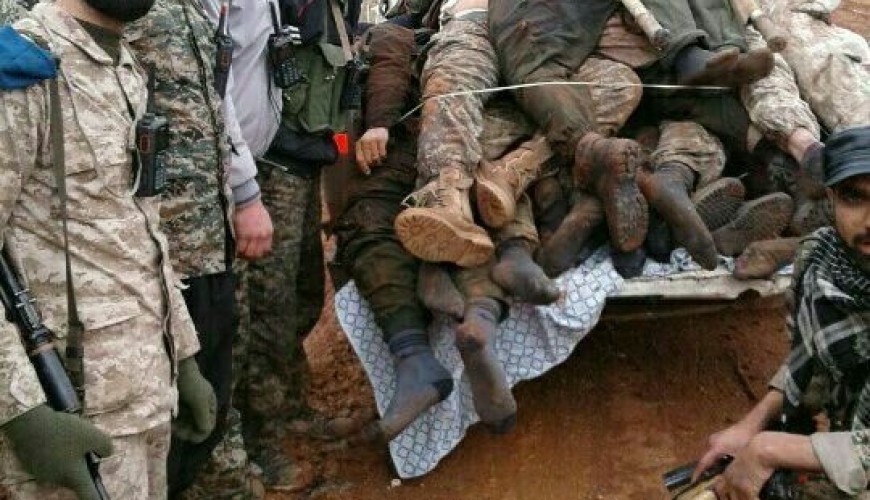 This photo is not for dead “Olive Branch” operation fighters

Social media pages and personal accounts shared a photo lately of dead bodies on a pick-up truck in what appears to be a farm.

Photo’s publishers said the bodies are for “Turkish occupation mercenaries” in reference to “Olive Branch” operation fighters and Turkish soldiers and said they were killed in Tal Sallor in Jendiris in Efrin countryside today.

After a reverse-search conducted by Verify-Sy, it turns out that the photo was published multiple times before “Olive Branch” operation started in 20 January 2018 and some websites shared this photo in 2016 and others in 2016.

During the search majority of the websites who published this photo are Iranian websites who said the photo is for dead ISIS fighters without specific date and location.

Verify-Sy can’t confirm the correct time and location of the photo but being shared before the start of “Olive Branch” operation means it is not for Turkish soldiers or FSA fighters in Efrin countryside.