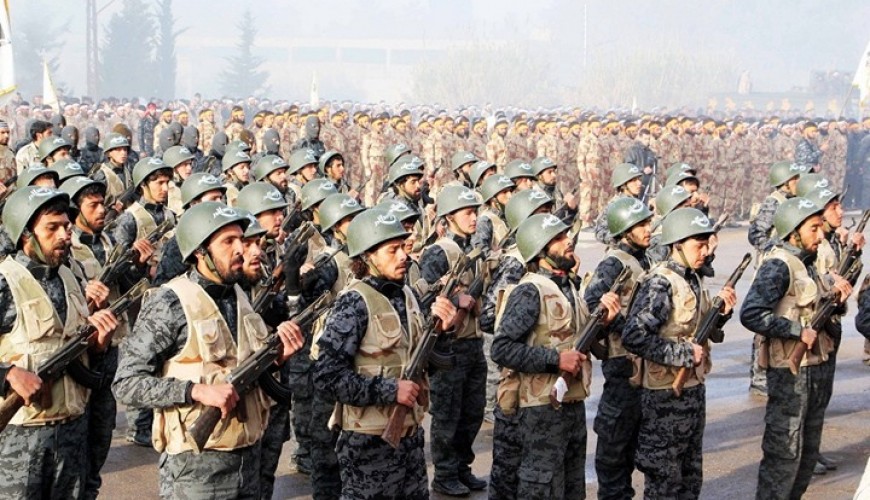 BCC faking information about Jaysh al-Islam and deviating its statement

Arabic BBC website posted today, news titled "War in Syria: Fighters in Jaysh al-Islam leaving eastern al-Ghouta", saying that "Jaysh al-Islam announced an agreement with the Syrian army to get its fighters out of the besieged eastern region of Ghouta.

The channel claimed in its report referred to that Jaysh al-Islam faction, was formerly known as the Al-Nasr Front, belongs to al-Qaeda organization.

Verify-Sy would like to draw the attention that Jaysh al-Islam faction founded in mid-2011 under the name of "Liwa'a\Brigade of Islam" led by "Zahran Alloush" and joined in September 2013 to the alliance of several factions in al-Ghouta under the name "Jaysh al-Islam".

According to the sources of Verify-Sy, in Gouta, the fighters who left the eastern Ghouta recently are elements of the faction Hayyet Tahrir al-Sham\HTS (previously called: Nusra Front), were detained in Jaysh al-Islam prisons, and were not elements of the latter as reported by the BBC in the referred report.

Jaysh al-Islam announced on Friday to reach an agreement to evacuate the first batch elements of HTS in its prisons, who were arrested during the security operation launched by the Jaysh on April-24,2017 to eradicate the organization.

Jaysh al-Islam explained in a statement, which Verify-Sy attached a copy of, that was "based on consultations between the leadership of Jaysh al-Islam and the United Nations and a number of international actors and with the participation of the representative of civil society in the eastern Ghouta". 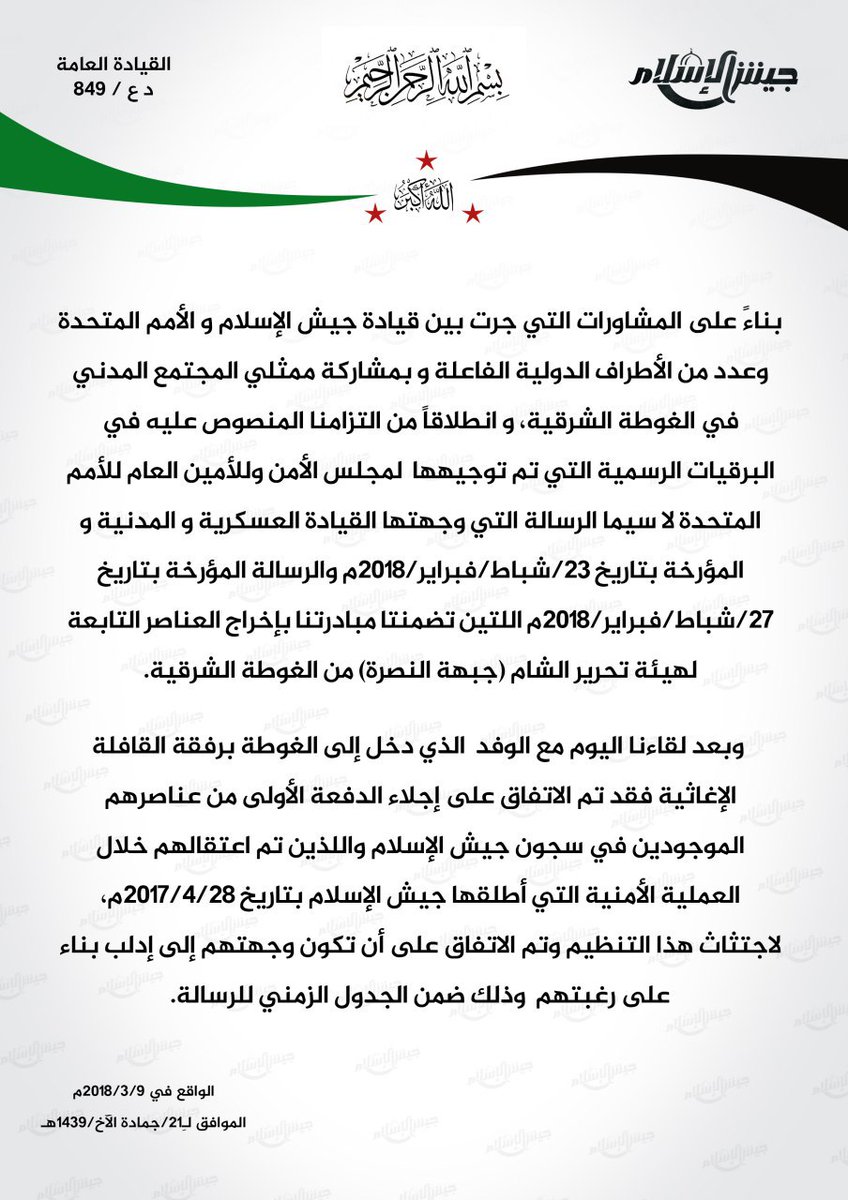 The BBC channel's Arabic website has recently revised the title of the report, corrected its mistakes about the former affiliation of Jaysh al-Islam and the belonging of the elements that Jaysh al-Islam agreed to remove from the eastern Ghouta.

The BBC sent to Verify-Sy platform in response to the article published by the platform a little while ago, and we share it as stated without any modification or addition:

Our journalist made a mistake in the article, and the news was modified and deleted from our homepage. We do not fake news and it is just a mistake and was quickly corrected. We are in direct contact with Jaysh al-Islam, and we explained to them what happened.