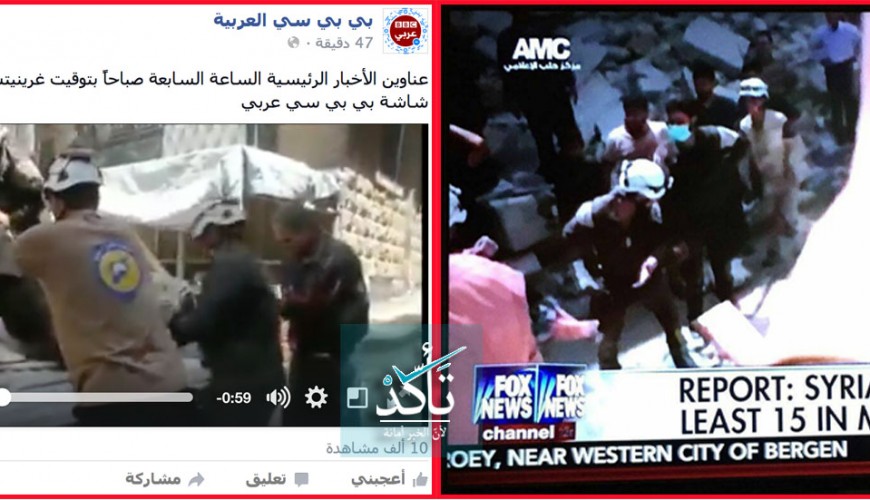 International news channels are using footages taken by Syrian opposition news outlets as if they were massacres in the regime held areas in Aleppo
Several news channels showed reports in both English & Arabic of causalities in regime-held areas in Aleppo as a result of artillery shelling by opposition forces. However, it's the opposite in reality. These videos are produced and broadcasted by Syrian opposition news agencies documenting rescue efforts by the Syrian civil defense on rebel-held areas of Aleppo being targeted by the regime's military forces in an attempt to destroy Aleppo's public infrastructure.