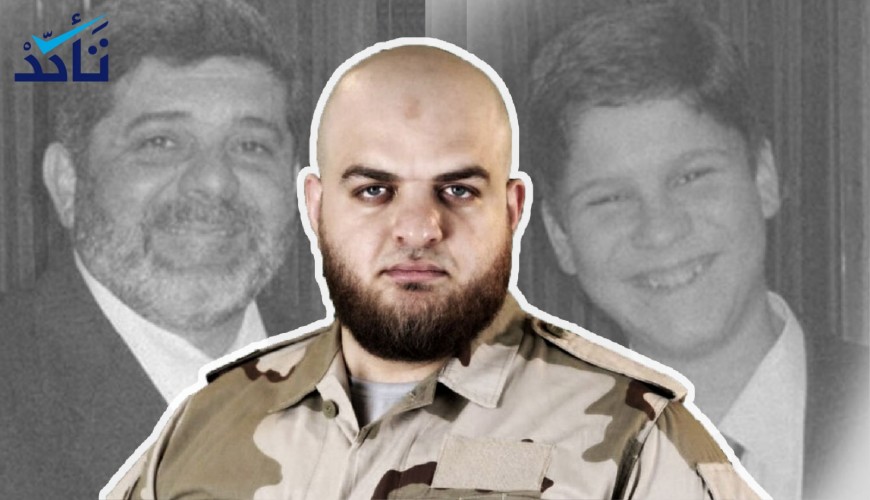 Online newspaper Al-Modon published on Saturday a piece titled “Islam Alloush: From the Assad Army to French Prison,” which reports on the arrest of Majdi Neema, widely known as Islam Alloush. Alloush, formerly a senior figure in Jaish al-Islam, has been arrested in France’s Marseilles and charged with war crimes.

The false claim: Islam Alloush is implicated in the disappearance, torture, and killing of two Syrian citizens Mazen Dabbagh and Patrick Dabbagh

Al-Modon reported that France has arrested Allouosh on charges of torture and enforced disappearance of activists in Eastern Ghouta and Douma, with suspects that he recruited a number of children for Jaysh al-Islam. The online newspaper added another charge to Alloush’s charge list: implicating in the enforced disapperance, torture, and killing of two Syrian-French citizens, Mazen Dabbagh and Patrick Dabbagh.

Several websites have quoted Al-Modon’s information, including The Syrian Observer, which translated the piece into English.

Besides, Al-Modon mistakenly used the name “Zahran” to refer to Alloush.

Correct: The Assad regime is charged with the disappearence, torture, and killing of Mazen Dabbagh and Patrick Dabbagh

In its report “Dabbagh Case: Who are Mazen and Patrick Abdulkader Dabbagh,” the Syrian Center for Media and Freedom of Expression (SCM) said Assad’s notorious Air Force Intelligence Directorate is responsible for the arrest of both Mazen Dabbagh and his 20-year-old son Patrick.

“On the night of 4 November 2013, two officers, accompanied by 12 armed soldiers stormed Dabbagh’s residence, and accused (Mazen - the father) of failing to raise his son properly, they arrested him under the pretext of ‘teaching him how to raise his son’,” the SCM reported. Patrick was arrested the day before his father’s enforced disappearance. “In July 2018, the Dabbagh family obtained documents from the regime indicating that Mazen and Patrick had died in November 2017 and January 2014 respectively.”

Mazen’s brother Obaida Dabbagh filed a lawsuit in France in 2016. French judges issued arrest warrants against three Syrian regime officials: director of the National Security Bureau Ali Mamlouk (also subject to an arrest warrant issued in Germany), head of the Syrian Air Force Intelligence Jamil Hassan, and head of the Air Force Intelligence Investigative Branch at the Mezzeh military airport Abdulsalam Mahmoud. They are charged with complicity to crimes against humanity and (for Mahmoud) war crimes, in connection with the disappearance, torture and death of dual Syrian-French nationals, Mazen and Patrick Dabbagh

Majdi Neema, aged 31 and known as Islam Alloush, was the spokesperson for Jaysh al-Islam between November 2013 and August 2016. Neema has been arrested in Marseilles and charged with war crimes, after he had travelled to France on an Erasmus student visa.