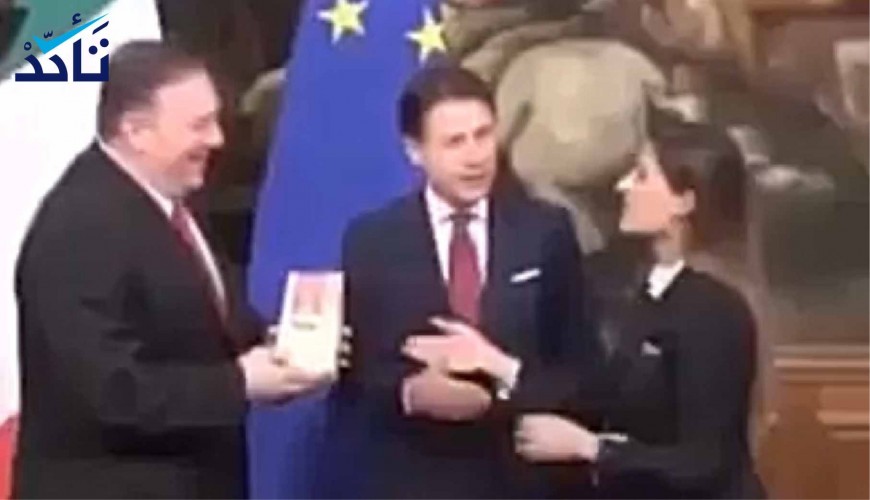 Did Kurdish Activist Give Dog Food to U.S. Secretary of State?

Verify-Sy platform inspected the video and found that it is unrelated to the Kurdish-U.S. affairs, and the woman who appear in the video is Italian satirist journalist Alice Martinelli, not a Kurdish activist.

The video dates back to October 2, 2019, during a meeting between Pompeo and Italian Prime Minister Giuseppe Conte in Rome, before the recent Turkish military operation in northeast Syria.

According to Russia Today, Martinelli gave a piece of cheese of Parmigiano-Reggiano to the secretary, expressing Italy’s concerns about Washington’s policy that might threaten Italian food industry.

Of note, commander-in-chief of the Syrian Democratic Forces (SDF) Mazloum Abdi recently accused Washington of abandoning his forces, following the U.S. withdrawal from its positions near the Syria-Turkey border before the beginning of the Turkish military operation.