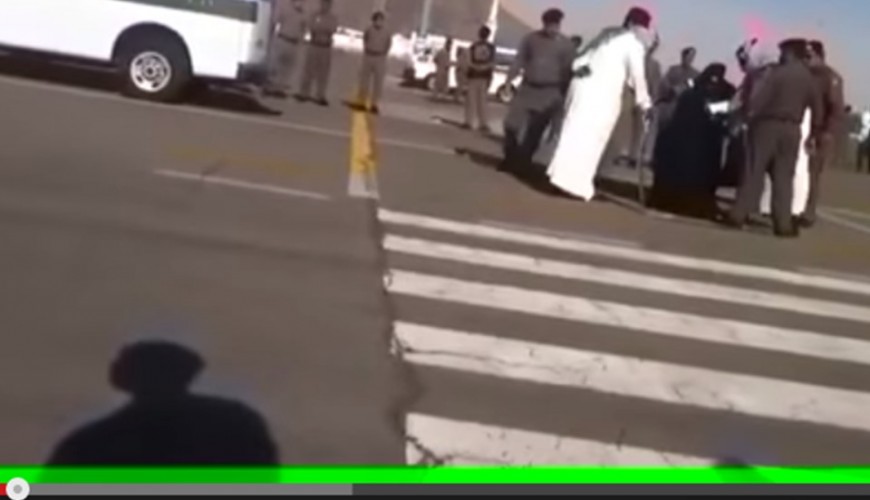 Was this Woman Executed for Criticizing Saudi Authorities?

Footage that shows an unidentified woman being killed in public has been circulated on social media. The footage shows men in uniforms similar to the ones worn by the Saudi police and others in thawbs, an ankle-length garment, usually with long sleeves.

A young man appeared in another video that also shows the execution. He accused the Saudi authorities of murdering the woman with a sword for criticizing the Saudi regime.

Facebook user @mohammed.abartal.1 has posted the video on May 5 with a text that reads, “She was executed with a sword for criticizing the Saudi regime. She screamed in the face of her murderers while the sword was being drawn out: ‘I didn’t kill to deserve being killed. This is injustice. May God punish you.’” (An archived link to the post)

What’s the story behind the video?

Verify-Sy fact-checked the claims by conducting a reverse search and found that it was circulated in 2015.

According to arabi21 and many other websites, the Burmaian woman was found guilty of killing her seven-year-old step-daughter by torturing her to death.

At the time, the shocking video that shows her execution sparked anger on social media. As a result, the Saudi authorities arrested the person who captured the footage.