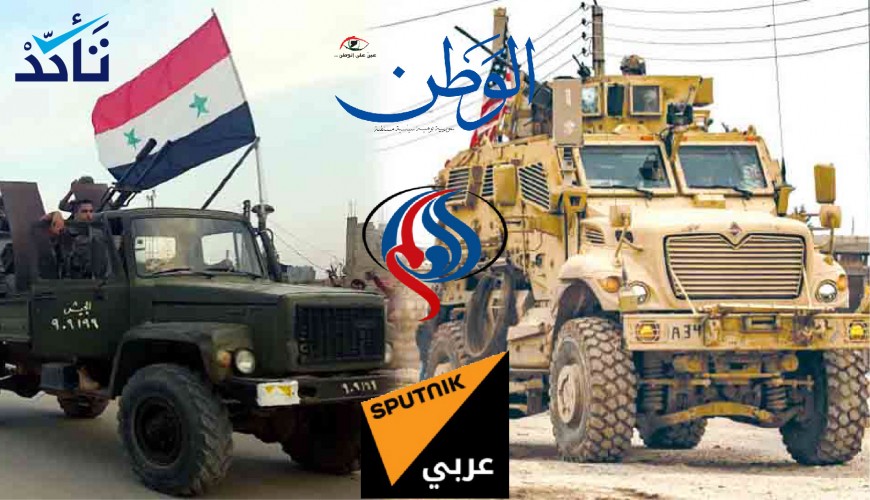 Fabrications about the Confrontation between U.S. Troops and Residents of a Village in Northern Syria

On Wednesday Feb. 12, 2020, news on the confrontation between a U.S.-led coalition patrol on the one side and pro-Assad armed men and civilians on the other, in the Syrian village of Kherbet Amro, as the 4-Vehicle patrol attempted to pass through the town towards the city of al-Qamishl to the west.

The confrontation occurred when combatants of the pro-Assad National Defense Forces (NDF) militia prevented U.S. armoured vehicles from crossing their checkpoint in the village of Kherbet Amro. Unarmed civilians, including children, pelted the U.S. vehicles with stones. The confrontation developed into crossfire between the NDF armed men and the U.S. patrol. As a result, Faysal Khaled Mohammad al-Barry was killed and two others were wounded and hospitalized at Al-Qamishli National Hospital.

What is the false information on the incident?

Over the past four days, Verify-Sy reached out to several independent journalistic sources in al-Qamishli and its surroundings, locals from Kherbet Ammo village, and eyewitnesses. The following facts were found:

Faysal Khaled Mohammad al-Barry, born in 1998, was a young man from the Kherbet Ammo village. Therefore, contrary to what pro-Assad media outlets have claimed, he was not a child nor a teenager. Al-Barry was unemployed and unmarried.

Russia’s Defense Ministry was the source of this misinformation; a statement made by Major General Yuri Borenkov, the chief of the so-called “Russian Center for Reconciliation of Opposing Parties in Syria,” has claimed that the incident resulted in the killing of “14-year-old boy Feisal Khalid Mohammad.”

Russian news agency Sputnik was among the first outlets to spread this misinformation. “Major General Yuri Borenkov, the chief of the Russian Center for Reconciliation, said Wednesday that the U.S. troops shooting at civilians in Syria occurred dispute over a convoy that veered off the road and led to the death of a 14-year-old child,” Sputnik reported.

According to eyewitnesses, al-Barry was unarmed when civilians started pelting the American vehicles with stones. When the U.S. soldiers started firing at civilians, however, al-Barry rushed to his house and took up his father’s rifle. He then had fired at U.S. soldiers before they shot him dead with three bullets.

News websites and social media accounts have claimed that al-Barry was killed while pelting the U.S. patrol with stones, without referring to the fact that he took up arms; among them is a Facebook page called “Muraseloun Sourioun” (Syrian Reporters) and another called “National Defense in al-Qamishli.”

Faysal Khaled Mohammad al-Barry was not a member of any armed group operating in the area. He was neither a member of the National Defense Forces (NDF) militia nor a member of Kataeb al-Baath, or the Baath Phalange, which was named after the ruling Baath party in Syria.

In fact, he was a civilian who, along with others, threw stones at the U.S. patrol. When the U.S. soldiers started firing, he rushed to his house, took up his father’s rifle, and shot at the soldiers before he was struck with three bullets, one in the neck, the other in the stomach, and the last in the thigh. His father, however, is an armed member of the NDF.

At the same time of the confrontation between the U.S. patrol on the one side and civilian and armed locals from Kherbet Ammo on the other, U.S. warplanes flew over the village and dropped sound bombs on the area.

However, news websites, along with social media accounts, have claimed that the U.S. launched aerial bombings, including Russian news agency Sputnik, which published a report titled, “Aerial and Ground Offensive by U.S. Army against Village in al-Hasakeh after Its Patrol Prevented from Passing.. Killing One Civilians .” In addition, the Al-Quds Al-Arabi newspaper published a report titled, “U.S. Warplanes Bomb Targets of Syrian Regime in al-Hasakeh.”

None of the U.S. soldiers were killed during the confrontation. A number of U.S. vehicles, however, suffered minor damage, and the incident resulted in “minor superficial scratch while operating their equipment,” according to Colonel Myles B. Caggins III, Spokesperson for the Global Coalition against ISIS. 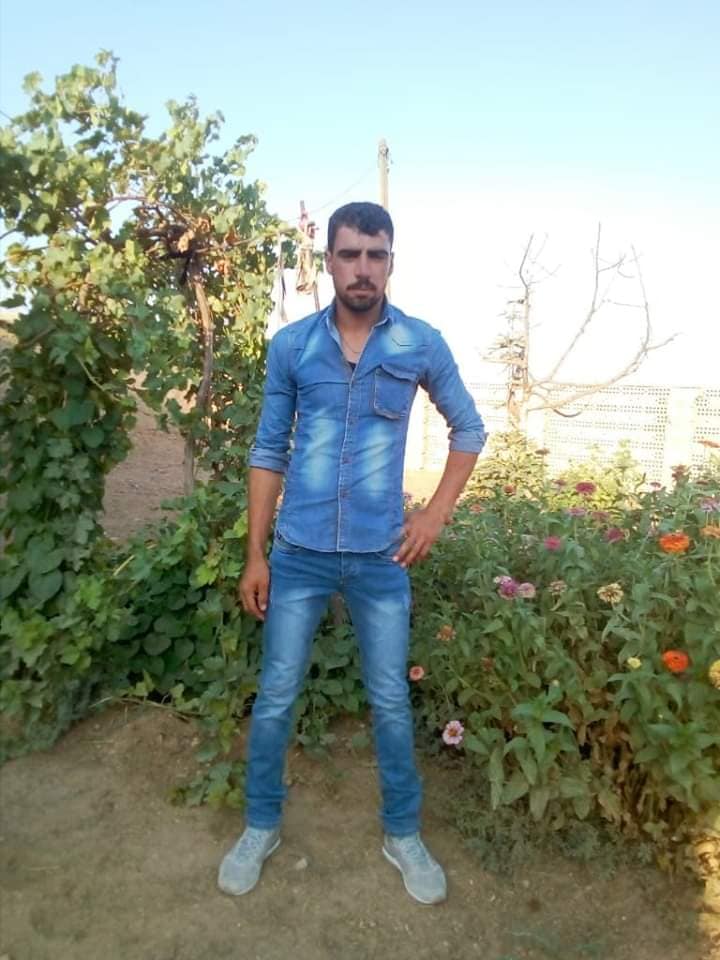 Faysal Khaled Mohammad al-Barry, born in 1998, was killed by U.S. troops in the Kherbet Ammo village.