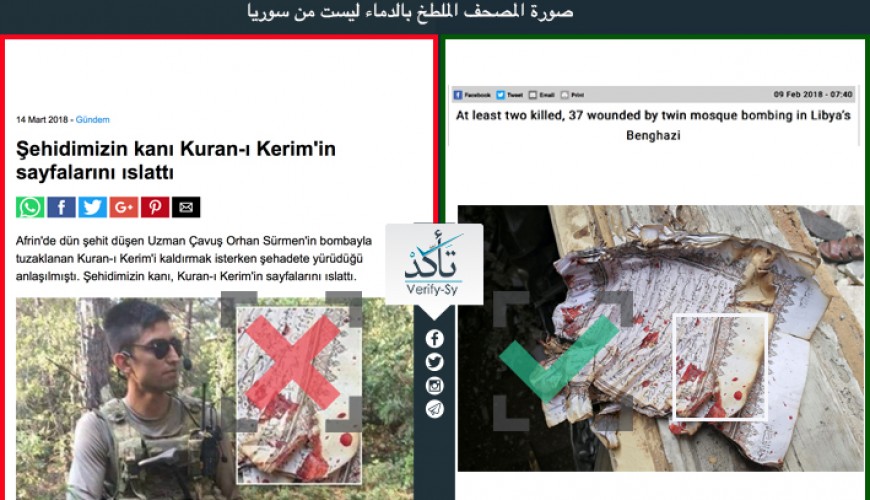 The image of the blood-stained Koran is not from Syria

The photo publishers said that it is taken from the Syrian region of Afrin and the Koran appeared in the picture was booby-trapped by the YPG and exploded during a Turkish soldier's attempt to lift it from the ground so it exploded and stained the Koran with his blood.

Verify-Sy would like to draw the attention that the image of the Koran referred to is not from Syria but from the Libyan city of Benghazi, which occurred in one of its mosques a bombing that killed 37 people earlier this year.

Verify-Sy platform was unable to verify the Turkish media's story about the "booby-trapped Koran".