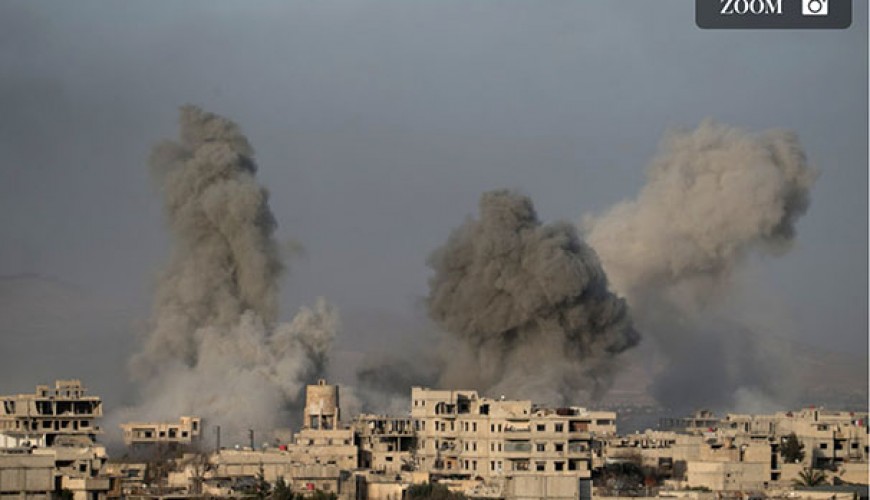 French Communist Party published yesterday on its official website a statement titled “Efrin massacre, a systematic massacre and war against Kurds” in the statement he called for democratic powers, elected representatives and peace activists to protest in Efrin against what the statement described as “massacre”.

The party published photo showing smoke rising from behind residential buildings appears to be due to shelling and airstrikes.

Following a reverse-search conducted by Verify-Sy, it turns out the photo used in French Communist Party’s statement is not from Efrin but from Eastern Ghouta near Damascus which is under intense aerial bombardment and shelling for over a month and a half by Assad regime and Russia.

The photos were taken on 3 March by AFP photojournalist Abdulmenem Eissa. 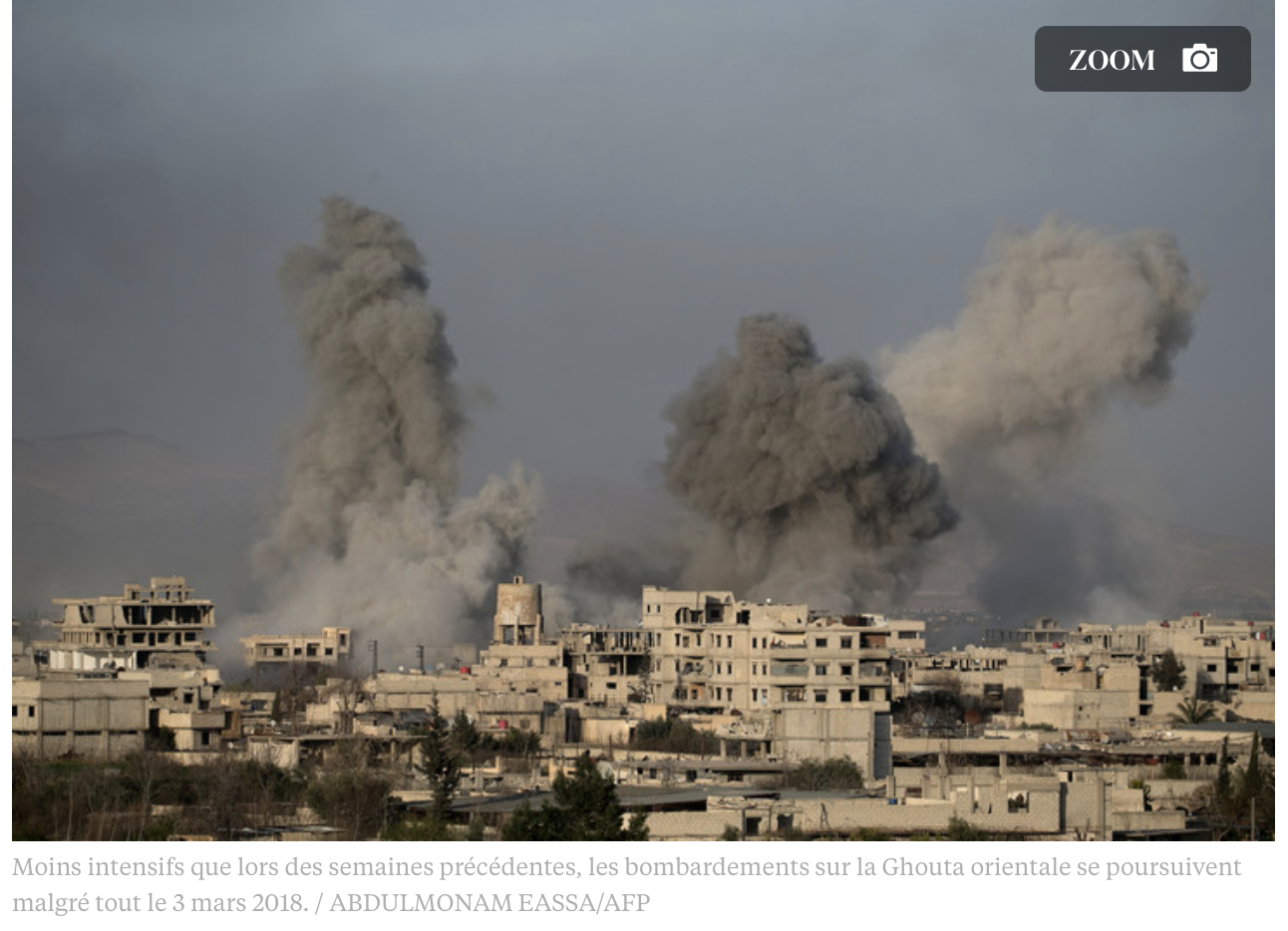