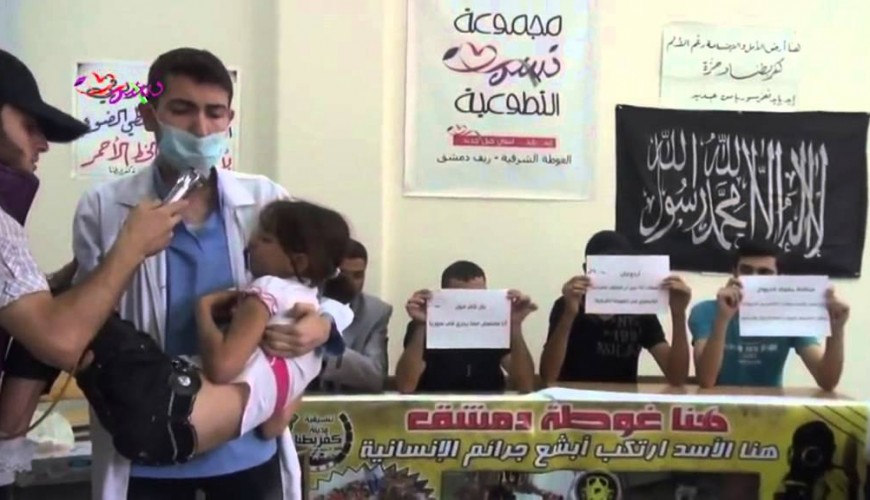 The recording publishers said that it shows "terrorists supported by the United States and Britain" as they train children to act the scenes of suffocation by chemical attacks and to fabricate news about it.

Verify-Sy would like to draw the attention of the followers to the fact that the above-mentioned recording was filmed during a children's play staged in the city of Kafr Batna in eastern Ghouta, Damascus, in September 2013.

Verify-Sy attaching a recording of the mentioned play posted on You Tube since 19/9/2013 for the play "Chemical, and World inaction" in the Carnival of the Future Children organized by a voluntary group to entertain and draw smiles on children's faces in Kafr Batna in Eastern Ghouta of Damascus.