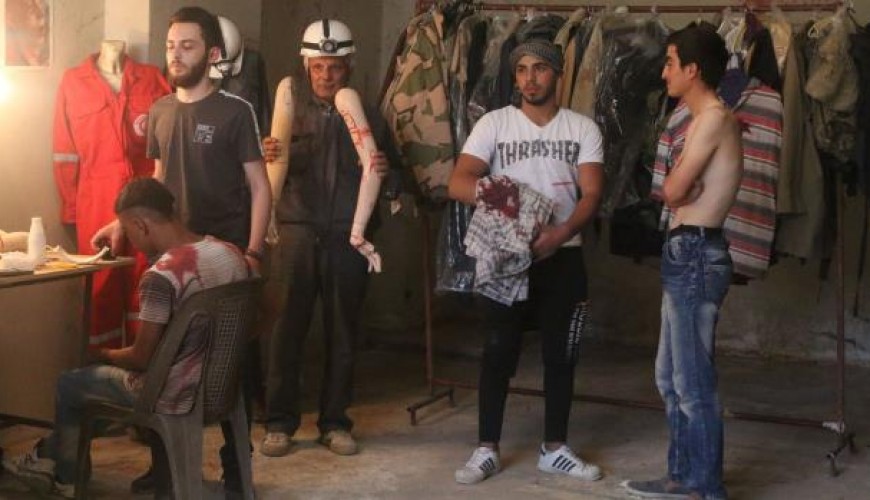 The pages shared photos of men, women and children while filming.

Verify-Sy would like to remained the audience that the photos used to smear white helmets are scenes during the filming of "revolution man" movie by the pro-regime director Najdat Anzour who is also a member of the Parliament too.

The movie which was shown in cinemas in regime-held areas angered Assad regime opponents who said it is fake and smeared the white helmets.