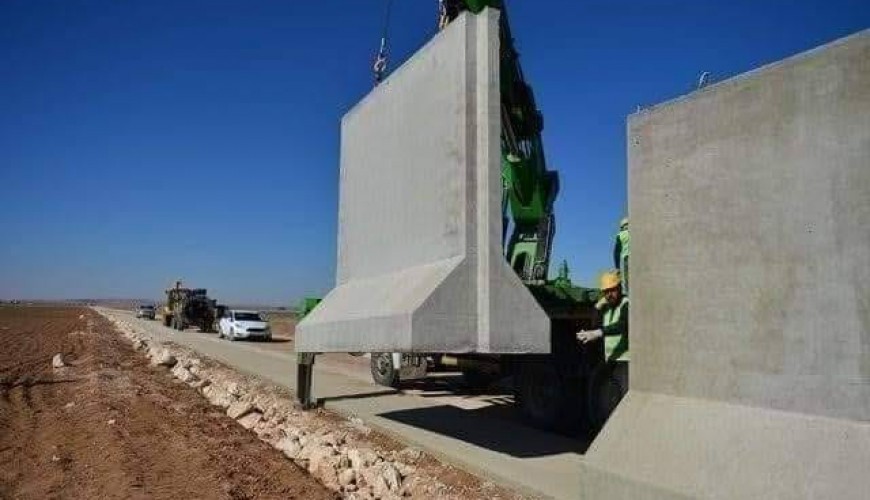 What is the truth behind the wall that is being built by Turkey to isolate Afrin?

Pro-Assad regime and pro-PYD media outlets reported that the Turkish army is building a cement wall around Afrin city aiming to isolate it, and that the army has demolished a number of civilian’s houses to be able to build it. A photo was also circulated with the news.

These outlets claimed that the Turkish army has begun building the wall which will surround the city in order to isolate it from its environs, and separate the city from Syria; it runs allegedly from Kimar village southeast of Afrin city to Basufan village southwest of it.

Verify-Sy checked the photo and its source. The photo dates back to 2017 when the Turkish army has started building the 911 KM wall along the Syria-Turkey border. News about building a wall only around Afrin city is untrue.

According to different sources, Verify-Sy would like to note that the cement blocks in Afrin city aim to protect the Security Institution; they are located around al-Shifa surgical hospital, which is funded by the Turkish Ministry of Health, such blocks also exist in al-Bab, Jarablus and Azaz cities.

Turkey has started building a cement wall along its southern borders with Syria in 2015; it runs from al-Qamishli city eastward to Kasab city and the Mediterranean westward, justifying that through its official media because of a series of terrorist on Turkey.