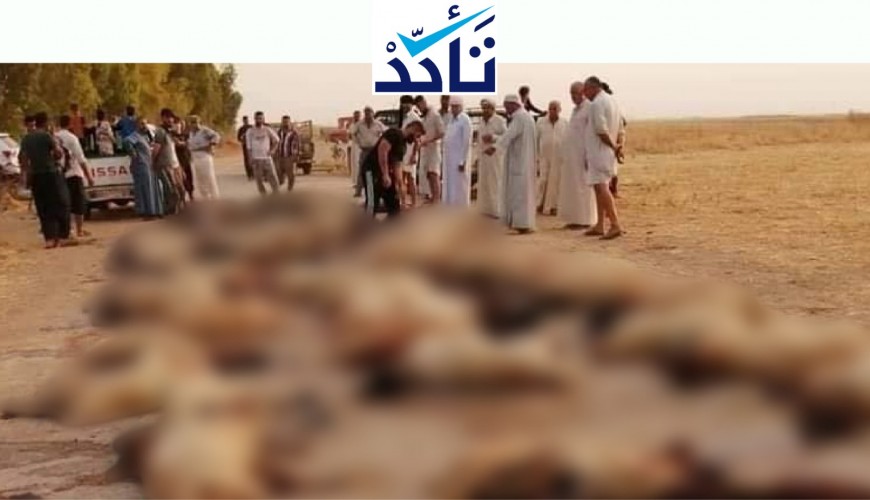 This photo was taken in Kirkuk in Iraq, not in Syria

Social media pages and personal accounts posted a photo of sheep that died of poisoning and were surrounded by several people, claiming that it was taken in al-Hasaka countryside. 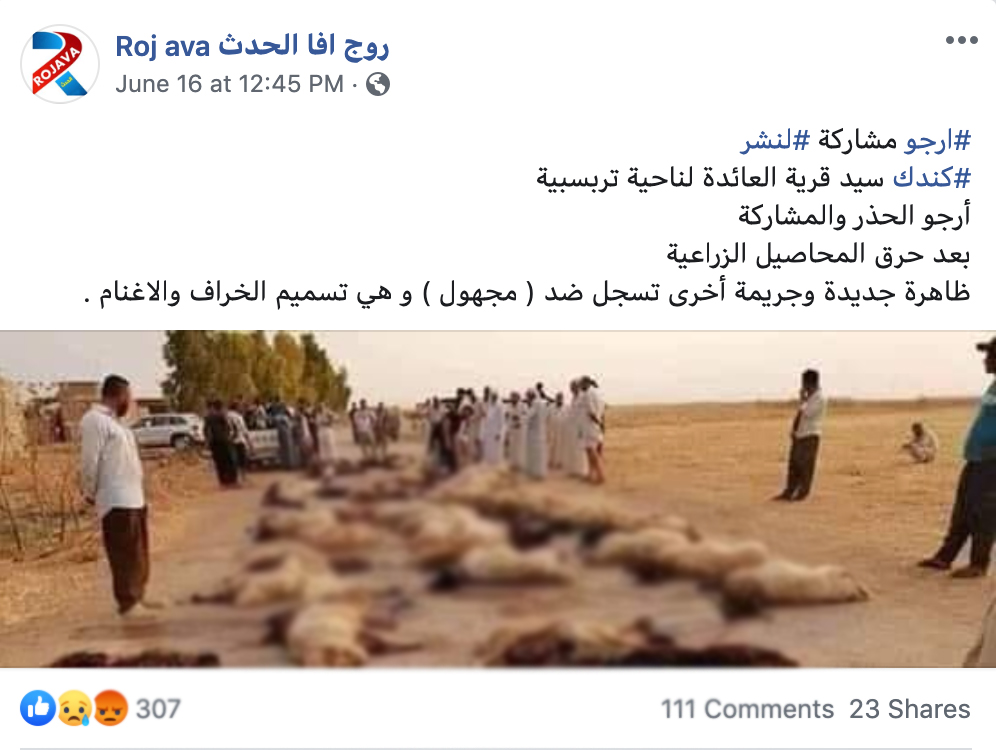 “Poisoning sheep is a new unsolved crime following burning the crops. This incident took place in Kendk Sayyed village in al-Kahtaniyeh (Tirbesipî) district in al-Hasakah,” they reported. In addition, pro-Assad regime pages accused the Syrian Democratic Forces (SDF) of being behind the incident.

Verify-Sy checked the photo; it turned out that Iraqi pages posted the photo on June 11. A poisoning incident occurred in Treklan village in the Iraqi province of Kirkuk, Iraqi pages reported.

A Facebook page named after Kendk Sayyed village denied that the sheep in the area were poisoned.