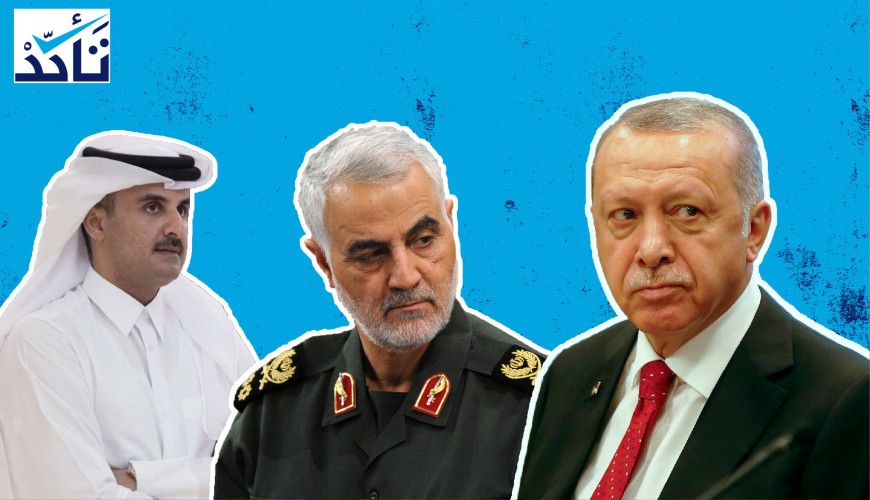 The assassination of Qassem Sulaimani, the head of Iran’s elite Quds Forces, has sparked international reactions. Some news reports covering the incident contained misinformation. Russia Today reported that Turkish President Recep Tayyeb Erdogan had described Sulaimani as a “martyr,” during a phone call with his Iranian counterpart Hassan Rouhani.

In an article titled, “Erdogan to Rouhani: I Feel Sorry for the Loss of Martyr Qassem Sulaimani,” Russia Today said that Erdogan had made a phone call with Iranian President Hassan Rouhani, in which he said: “I feel sorry for the loss of the martyr Qassem Sulaimani,” RT quoted Erdogan as saying. “I understand the anger of the Iranian people, Iran’s supreme leader, and Iran’s president. I have seen the funeral ceremony for Sulaimani, which reflects his popularity among the Iraqi people.”

The Iranian Embassy in Turkey wrote on twitter that Erdogan described Sulaimani as a “martyr,” attaching two photos of Rouhani and Erdogan.

The news has been widely shared on social media. Saudi television news channel Al-Arabiya reported that Erdogan said “I feel sorry for the loss of the martyr Sulaimani.” A handful of Syrian websites shared the same news as well.

On the other hand, Turkish news network TRT Arabi, citing an unnamed Turkish official, reported that Erdogan had offered his condolences to Rouhani and urged Iran to avoid an escalation with the U.S., due to Sulaimani’s official status, but did not use the word “martyr” to describe him.

In the same context, several news websites in addition to Facebook and Twitter users said that Qatar's Ministry of Foreign Affairs issued a statement mourning the death of Iranian top commander Sulaimani. A watermark of Qatari online newspaper Qatar Today can be seen on the faked statement.

Verify-Sy Platform checked the official website of Qatar’s Ministry of Foreign Affairs and found that the ministry has not issued any statement regarding the killing of the Iranian general. 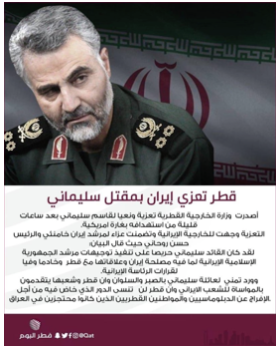 Ahmad Bin Sa’d al-Romaihi, Director of the Media Office at Qatar’s Ministry of Foreign Affairs, retweeted Qatar Today’s tweet to which the statement was attributed, denying the circulated claims. “We would like to draw the attention of our esteemed followers that we did not publish this news, it is another one in the series of fake news attributed to us in coinciding with the news of Sulaimani’s assassination,” he wrote. Amid the spreading of this rumor, Qatar’s foreign minister Mohammed bin Abdulrahman Al Thani visited Iran to meet with Iranian President Hassan Rouhani and Foreign Affairs Minister of Iran Javad Zarif.

Verify-Sy Platform has spotted several miscaptioned videos that were claimed to be showing the assassination of Sulaimani; please visit this link to read our detailed report.