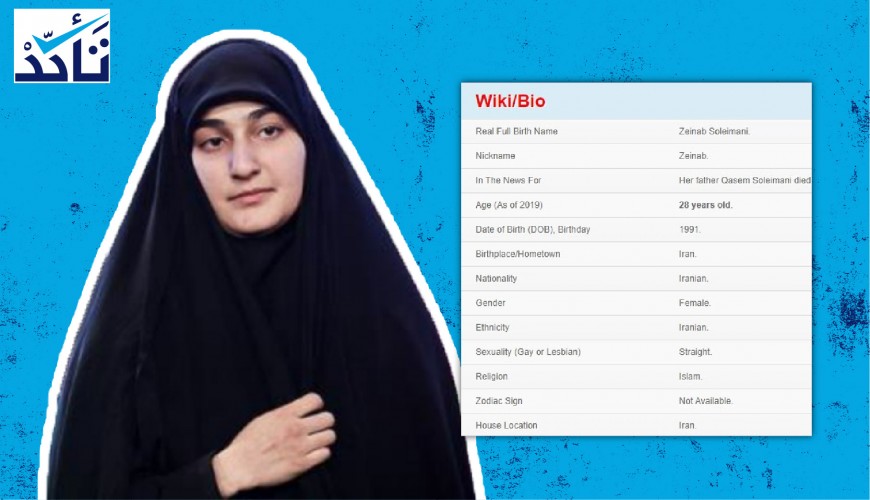 Is Soleimani's Daughter a U.S. Citizen?

A number of social media users have circulated a faked photo attributed to an Iranian website, claiming that the daughter of Qassem Soleimani, ex-commander of Iran’s elite Quds Forces, holds the U.S. nationality.

The image, attributed to Iranian website Dreshare, shows personal information of Zainab, Soleimani's daughter, including her nationality and date of birth.

Verify-Sy Platform fact-checked the claim, and found out that Zainab does not hold the U.S. nationality. In fact, the image was digitally altered to spread misinformation. Soleimani's daughter has only the Iranian nationality. 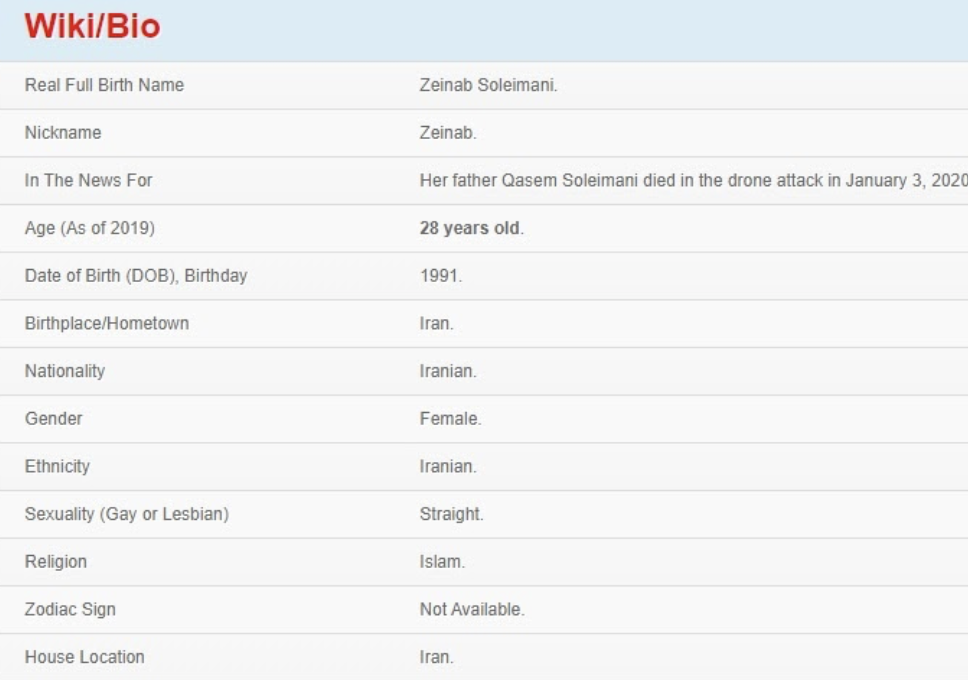 Zainab has recently been in the media after the killing of Soleimani. She called for revenge over her father’s assassination.

None of These Videos Show Assassination of Iran’s Sulaimani

“When are you going to take revenge for my father?” Zainab asked Iranian President Hassan Rouhani when he visited her father’s home in Tehran. “Everyone will take revenge,” Iran’s president responded.

On Jan. 3, the Pentagon announced the assassination of Major General Qassem Soleimani in a military operation in Iraq ordered by U.S. President Donald Trump.

Dreshare.com is “an Entertainment Hub that provides the latest articles on Movies, Music, TV shows, Celerity Wiki Bio/graphy, Celeb Net worth, Awards, Celebrity Affair Gossip, and all other entertaining stuff.”

The United States of America imposed sanctions on Suhrab Soleimani, Soleimani's brother, in April 2017, while Soleimani had been sanctioned since 2011 on the backdrop of his participation in suppressing the Syrian Revolution.

Over the past several days, Verify-Sy spotted, fact-checked, and refuted faked news reports, photos, and videos related to Soleimani's assassination.