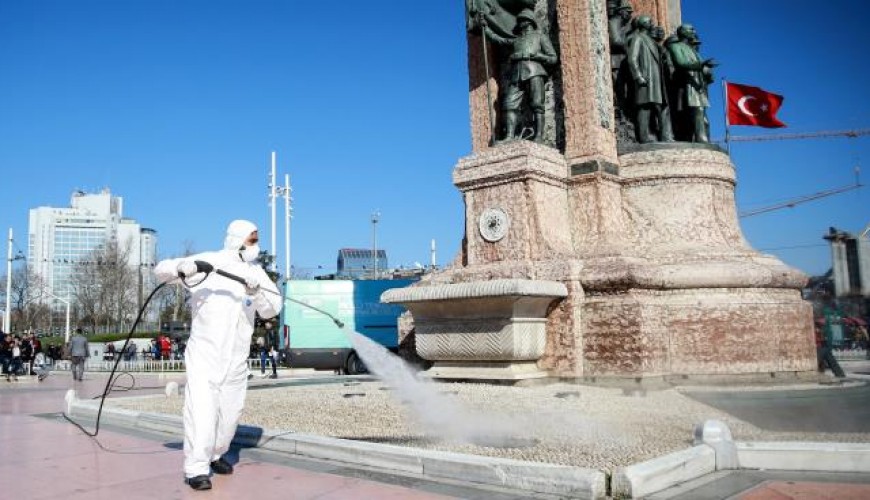 A Turkish-language statement claimed to be of new decisions issued by Turkey’s ministry of health’s decisions to limit the spread of the novel coronavirus has been circulated Monday Mar. 16 on social media.

The circulated four-decision document has claimed that the places of worship, transport hubs, restaurants, and bars will be closed as well as opening supermarkets three days a week for a limited time.

The Statement is Faked

Commenting on the document that has gone viral among Turks and Arabs on social media, Turkey's Health Minister Fahrettin Koca declared that the document is faked. “The purpose of spreading this faked document is to cause loss of confidence among the 82 million people in Turkey to become vulnerable,” Koca wrote on Twitter, inviting people not to allow any manipulation of their feelings. “The true news is declared by official channels.”

Turkey’s Ministry of Health announced Sunday midnight, Mar. 15, identifying 12 new cases of the coronavirus infections nationwide, bringing its total to 18. This was preceded by the announcement of the Ministry of Interior to suspend activities at nightclubs, dance clubs, and bars as of Mar. 16 to help contain the spread of the novel virus.

Ali Erbas, Turkey's Head of Religious Affairs, declared Monday suspending mass prayers, including the Friday prayer. He, however, said the mosques will be kept open for individual prayers.

Also, Turkey’s Ministry of Education has decided to cancel education activities at primary, secondary, and high schools for two weeks, university lessons for three weeks, and all theory lessons for driving until the end of this month. These measures have been put into effect as of Mar. 16.