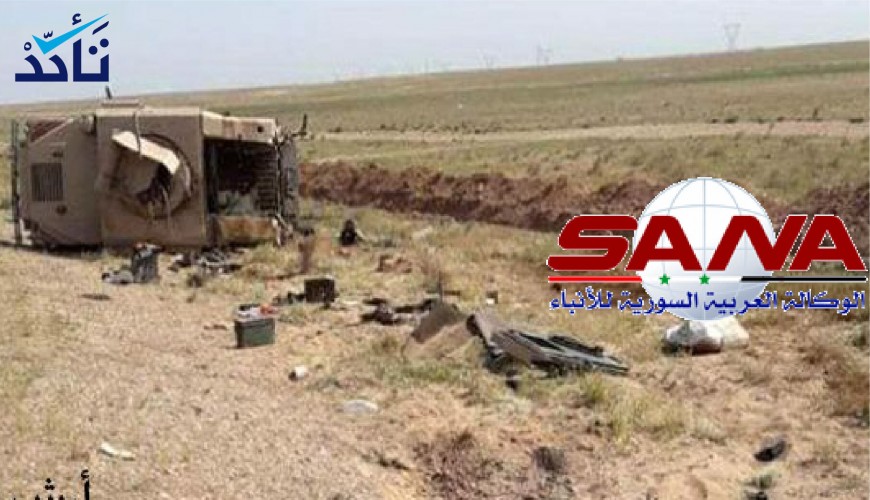 “Unidentified people attacked a Hummer vehicle carrying U.S. soldiers who were heading from the al-Omar (oil) field to the al-Tanak (oil) field,” SANA reported on April 27. “The vehicle was found completely destroyed and burned. There is no trace of the two soldiers and their fate remains unknown.”

Col. Myles B. Caggins III, a spokesman for the Global Coalition against Daesh, denied SANA’s claims.

“There is no incident involving coalition forces in Deir Ezzor. We can say that if there are prizes for fake news, this news agency deserves to win them all,” he wrote on Twitter.

Also, Verify-Sy Platform reached out to local sources to further fact-check the claims. Muhammad Hassan, a Syrian journalist focused on eastern Syria, denied that such an incident had occured recently in the area. He also said the U.S. forces sometimes conduct inspection and monitoring patrols in the area.

In July 2018, a joint patrol of the U.S. forces and the Syrian Democratic Forces (SDF) was targeted by ISIS with an improvised explosive device (IED) in rural Deir al-Zour, which resulted in two deaths and a number of injuries in the U.S. forces.

ISIS’s Amaq News Agency reported at the time that four U.S. soldiers were killed in a series of IED explosions. It said ISIS forces ambushed U.S. troops near the al-Namlieh village near the town of al-Sour. A series of 18 blasts followed, according to the agency.