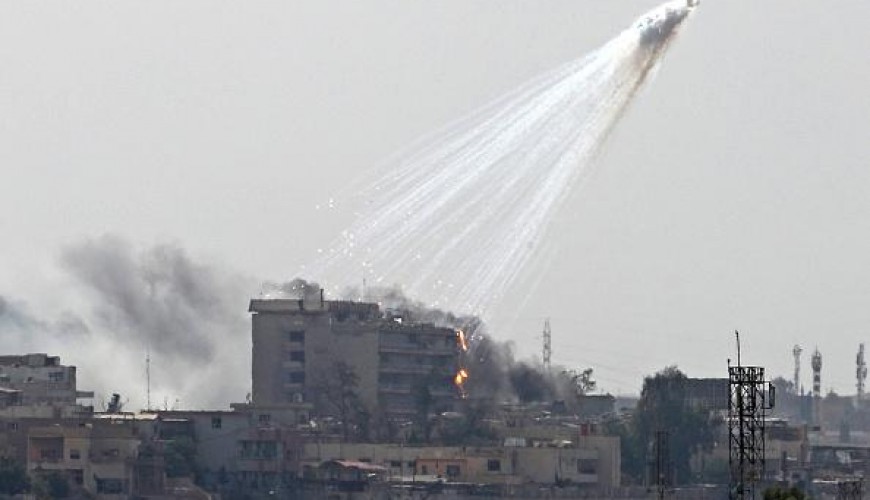 To Condemn Turkey.. Al-Arabiya Falsely Claims Footage from Iraq Was Taken in Syria

Saudi news channel Al-Arabiya has posted a news report, “Phosphorus Child.. Suffering Continues,” which narrates the suffering of a severely burned Syrian child who had made headlines in news reports that talked about his injuries “due to a Turkish attack using white phosphorus munitions on his town of residence, Ra’s al-Ayan,” during Turkey’s offensive into northern Syria in October 2019 code-named “Operation Peace Spring.”

The report shows incendiary bombs on what seems to be a residential area and fires breaking out in a destroyed building. 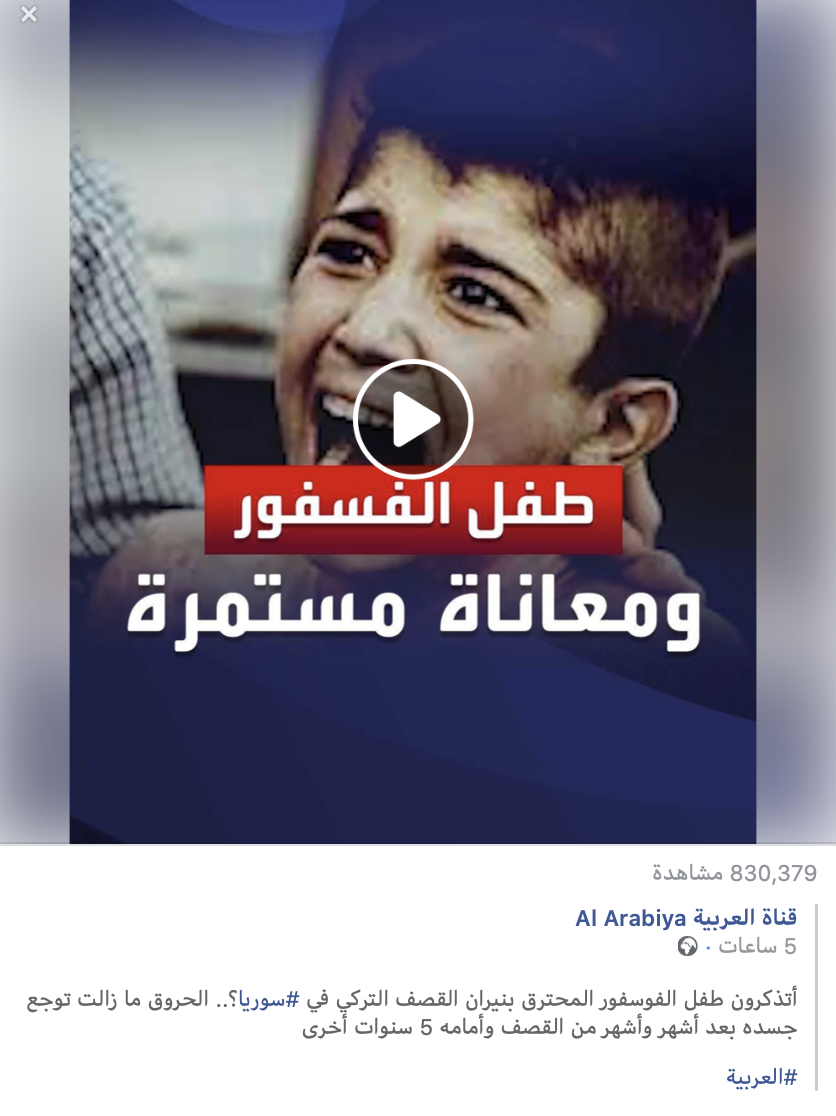 Click here to visit an archived version of the report.

Footage was taken in Iraq

A reverse image search conducted by Verify-Sy found that all the video clips used in the report were captured in Iraq, which was subjected to aerial bombings by the International Coalition during the first quarter of the year 2017 as part of its military campaign against ISIS.

The footage shown from 00:10 to 00:18 was originally posted by ISIS’s Amaq News Agency. At the time, Amaq said the footage depicts the targeting of the Iraqi city of Mosul with incendiary bombs in mid-2017. 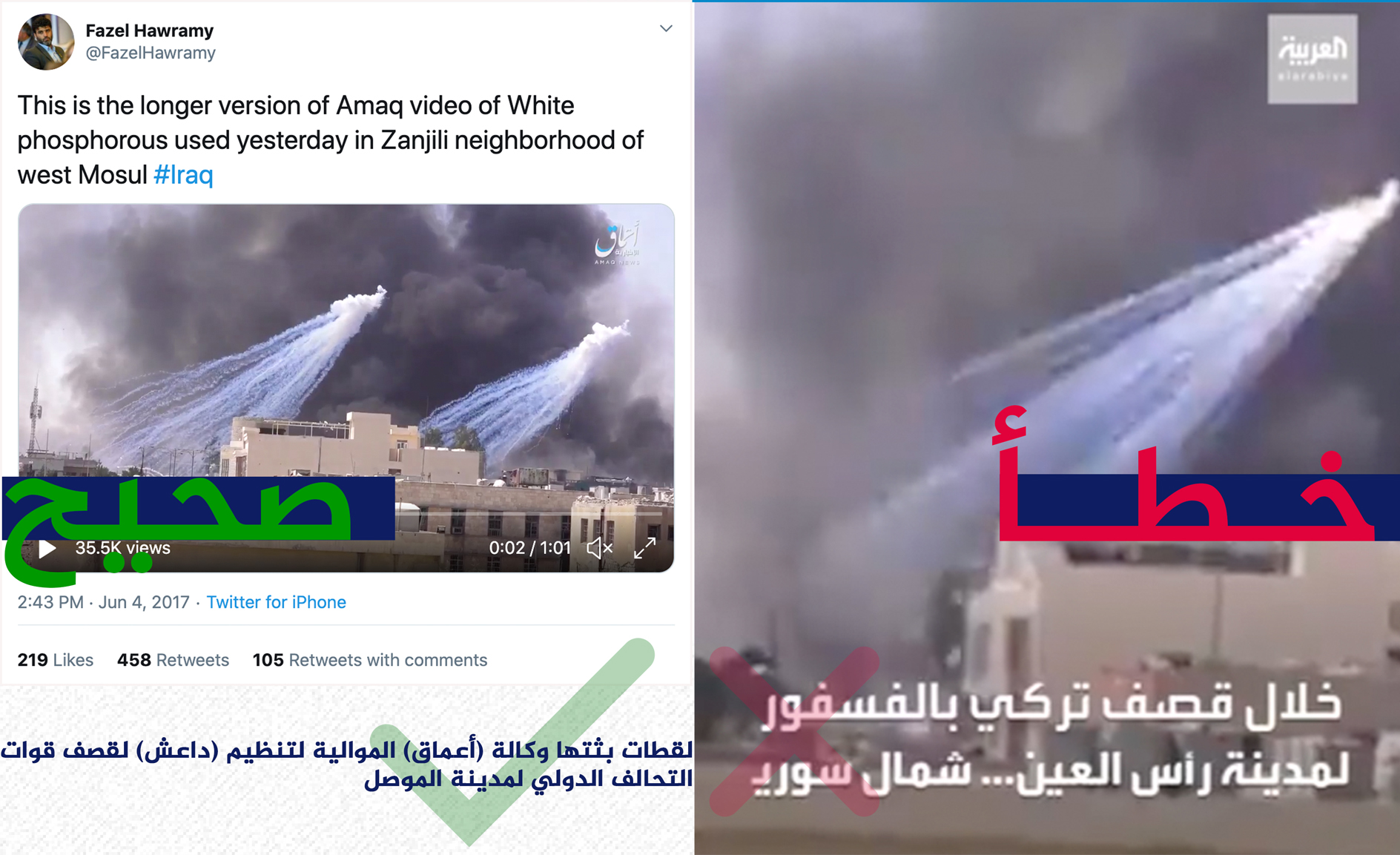 Also, our team fact-checked a photo that appears from 1:45 to 1:58. By using the reverse image search technology, we found that the photo was actually taken in west Mosul, Iraq on June 2, 2017 (Getty Images). 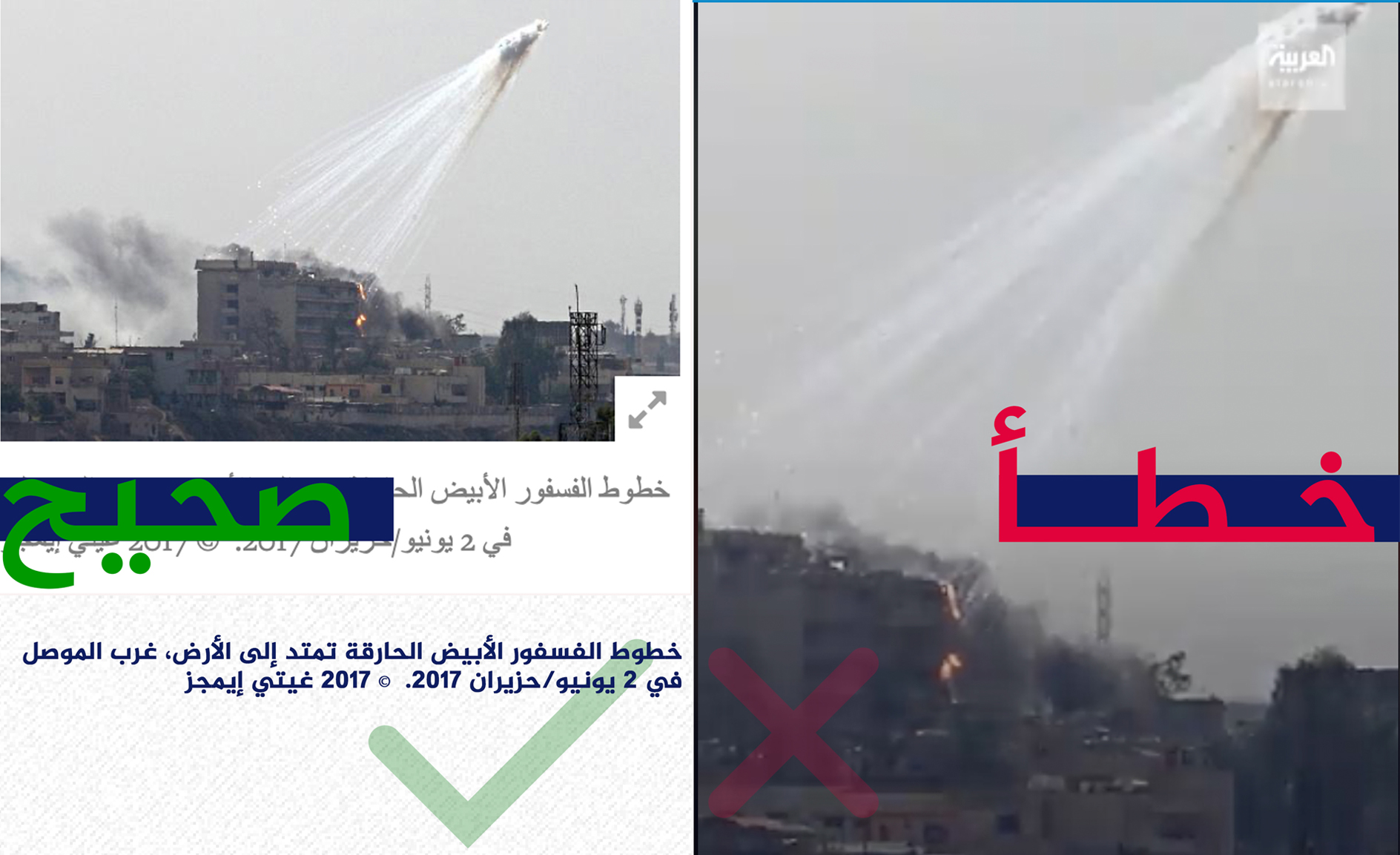 In June 2017, Human Rights Watch accused the U.S.-led coalition of using artillery-delivered white phosphorus by the United States-led coalition fighting ISIS forces in Syria and Iraq and said that it raises serious questions about the protection of civilians. “This multipurpose munition should never be used as an incendiary weapon to attack personnel or materiel in populated areas, even when delivered from the ground,” HRW continued.