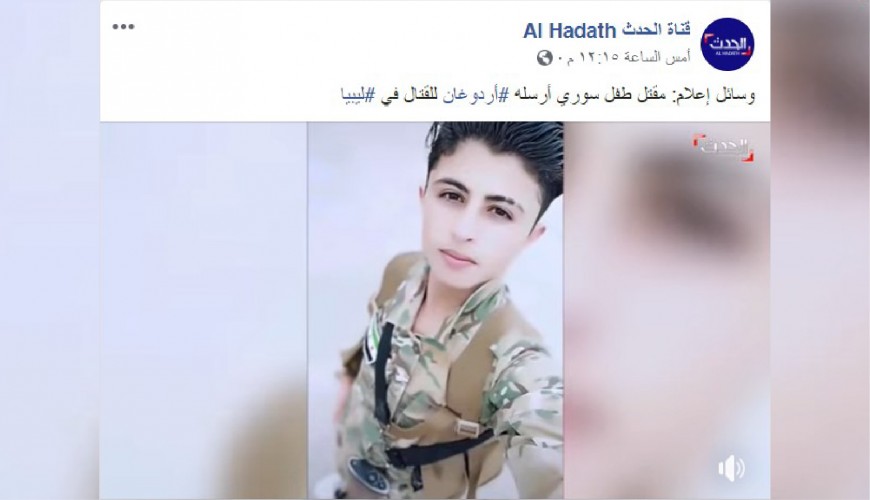 Saudi news channel Al-Arabiya has claimed in a news report on its website Friday that Turkey recruited a Syrian child to fight for the Government of National Accord in the Libyain capital, Tripoli, where he was allegedly killed, citing unnamed media outlets.

“Turkey's President Recep Tayyip Erdogan took advantage of the poverty of the family of a Syrian child, Ebrahim Rayya, and sent him to fight alongside the ranks of militias in Libya,” the now-deleted report stated. Here is an archived link to the report.

Al-Hadath, a news service provided by Al-Arabiya, posted a similar report on Facebook titled, “News Outlets: Syrian Child Sent to Fight in Libya by Erdogan Was Killed There.” The report includes photos of the young man, Ebrahim Rayya, dressed in a military uniform, and another photo of him carrying a machine gun. 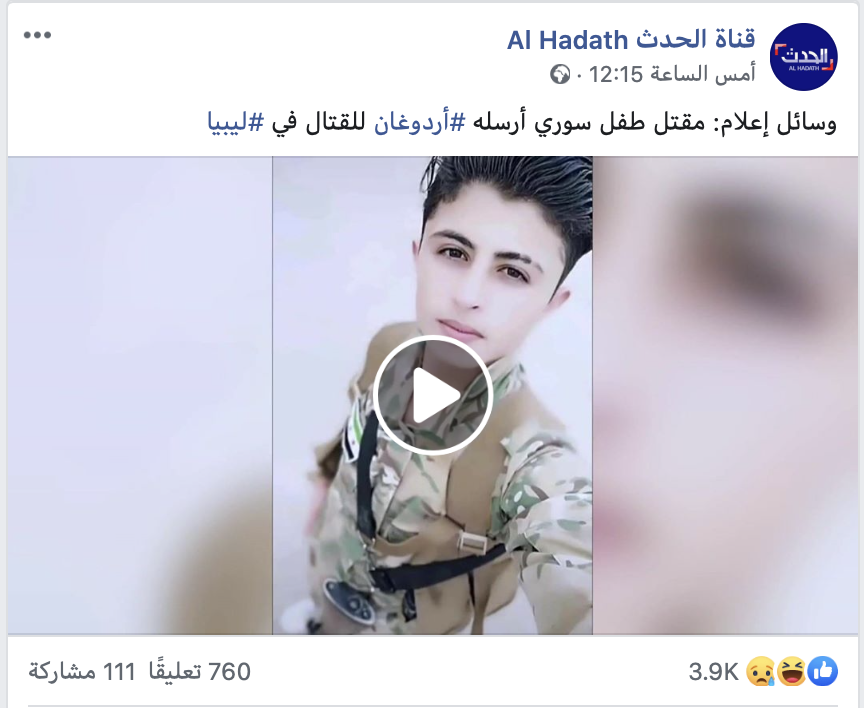 The corrections of Al-Arabiya’s false information:

- Ebrahim Rayya is alive, not dead.

Besides, activists on social media have circulated a video of the young man, which dates to May 29, in which he denies the news of his death. He adds that he was born in 1999, and works currently as a combatant of Northern Falcons Brigade of the Syrian National Army of the armed opposition. He also says he lives currently in the northern countryside of Aleppo.

Verify-Sy was unable to independently verify Rayya’s age. He didn't respond to our multiple requests for comment sent to him on Facebook.