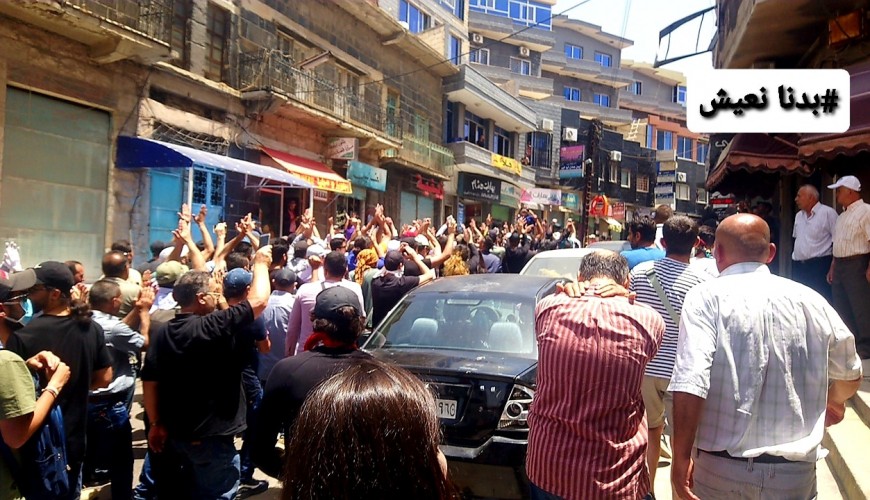 Not “For The First Time”: Syria’s Swaida Has Revolted against Assad since 2011

Al-Jazeera English has claimed the Swaida Governorate remained loyal to the Assad regime throughout the Syrian uprising.

Both claims are false; the province has risen up against the Assad state since the beginning of the Syrian Revolution in 2011.

Amid the overwhelming news of the anti-Assad demonstrations in the Syrian city of Swaida, several news agencies have spread misinformation on the revolutionary history of the city.

Al-Jazeera English has published a news report on the protests, claiming that “the Druze-majority province remained loyal to Damascus” throughout the Syrian Revolution.

In addition, Step News Agency have claimed in a report Sunday, June 7, that “the city of Swaida had demanded toppling the Assad regime and expelling Assad and Iran” out of Syria. “Notably, this time the protestors upped their demand, calling for toppling the regime for the first time,” the report contunited. Also, TRT Arabi, an Arabic language channel of TRT, has published the same claims on Facebook and Twitter, accompanying their tweet with video footage of yesterday’s protest. 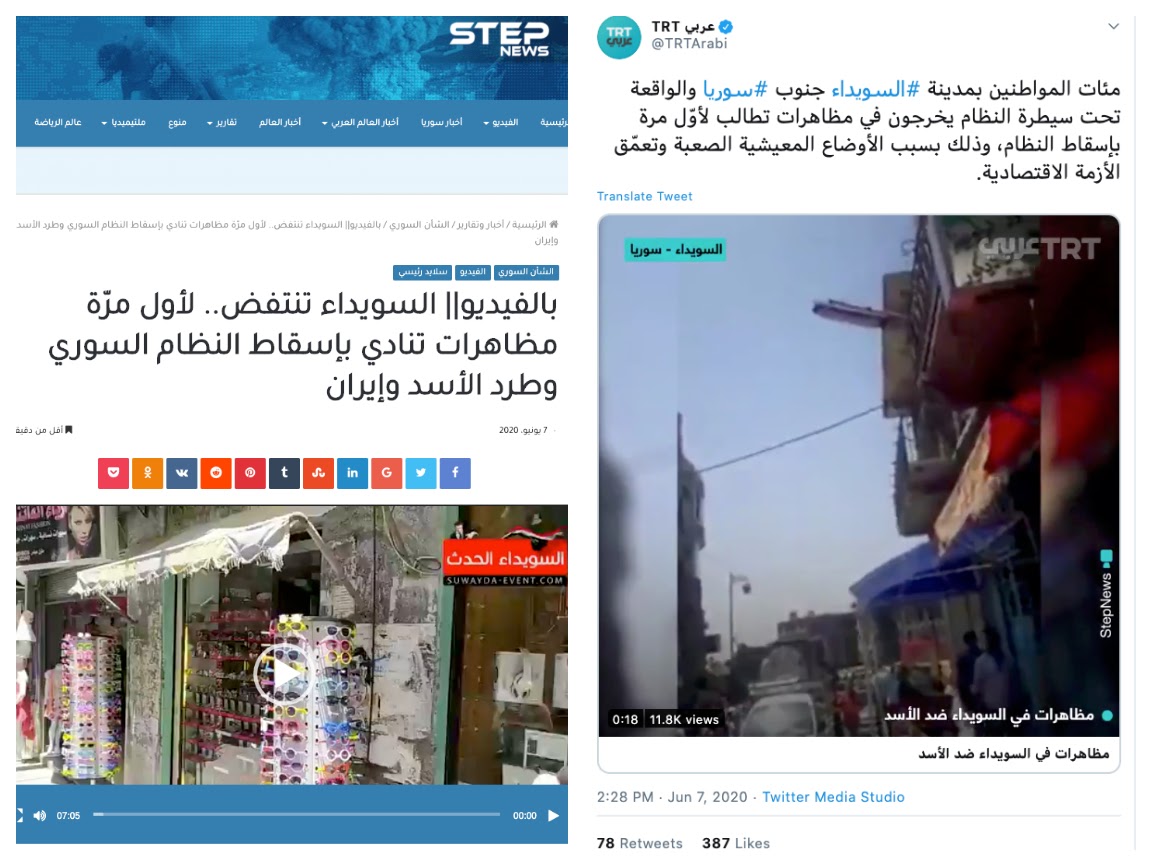 A simple search conducted by Verify-Sy on YouTube, using suitable keywords such as “Swaida” and “Protests” in Arabic (مظاهرات السويداء), found video footage of anti-regime demonstrations in the city and province of Swaida in 2011, 2012, 2015, and 2016. Anti-Assad slogans can be clearly heard in the demonstrations. In addition, activist Shadi al-Dbiesi from Swaida confirmed to Verify-Sy the authenticity of these clips in terms of date and time.

Among these protests are: a demonstration near the Nejmeh roundabout on June 16, 2012, a protest in the local market on June 27, 2012, a protest in the al-Muhandiseen neighborhood on September 19, 2020, and a demonstration in the al-Nahda neighborhood. In addition, the killing of prominent Durzi leader Sheikh Wahid al-Balous in a car bomb on September 5, 2015 was followed by anti-Assad regime protests which was accused of assassinating al-Balous.

Syrian anti-Assad regime activists have been celebrating the demonstrations in the Swaida city, which is captured by the regime and its allies, which triggered protests in support of the city in the southern province of Dar’a and the northwestern province of Idlib in support of them, while the value of the Syrian pound is in a freefall and now stands at over $0.00041.

Al-Jazeera English has falsely claimed Swaida Governorate remained loyal to the Assad regime since the beginning of the Syrian Revolution in 2011, while Step News Agency and TRT Arabia have falsely claimed this is the first time anti-Assad protests erupt in the city of Swaida. Both claims are easily refutable, and the city has revolted against the regime since 2011.