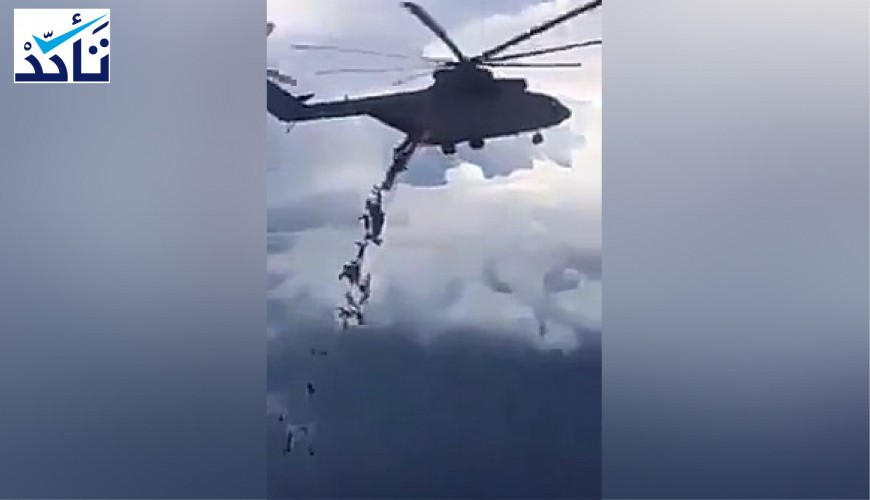 - Over the last week, activists and social media pages have circulated video footage that shows dozens of human bodies falling from a helicopter flying at high altitude.

- Two false narratives have been spread regarding the video: the first says the helicopter was dropping dead bodies of Syrian mercenaries who fought in Libya, and the other says it shows a Mexican helicopter dropping corpses of coronavirus victims.

- In fact, the video depicts parachutists jumping from a helicopter in 2018.

By conducting a search on their YouTube channel we found a video titled, “Russia World Record in the Class of Big Formations,” which was an event organized by the club on July 14-22, 2018. At 3:01, parachutists can be seen jumping from a helicopter. A comparison between this clip and the viral footage shows that both of the videos were taken at the same event from different angles. 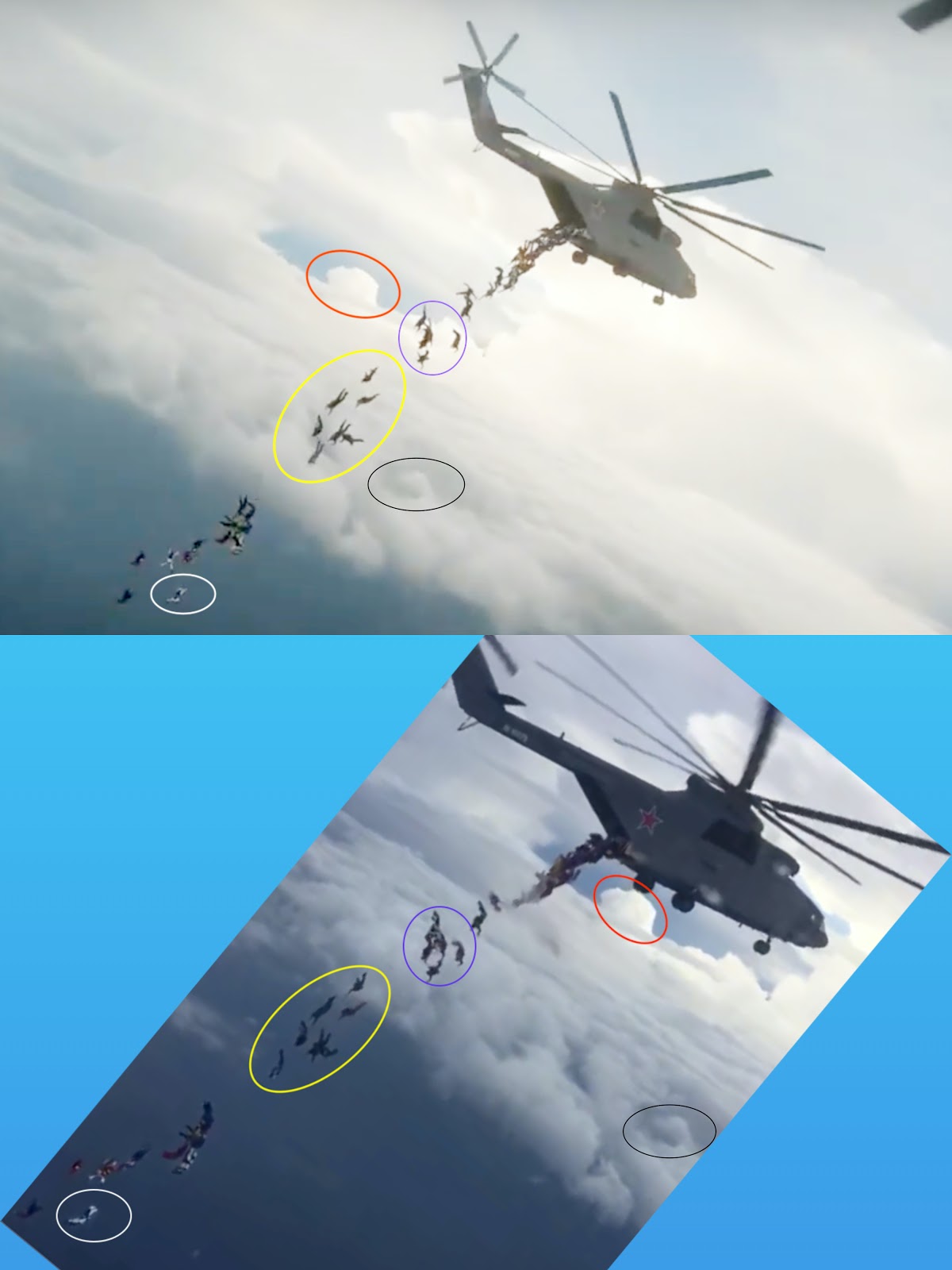 At 02:13 of Aerograd Kolomna’s YouTube video, aerial footage of the area where the parachutists were supposed to land can be seen. After comparing both clips, at 00:11 of the viral video, we found that many features of the area are identical, which is Korobcheyevo, Moscow. The club on its website states that it is an area where its parachutists land. The club shares the coordinations of this area as well as an aerial image, which also matches the satellite image from Google Maps.

The identical features of the landing area and the satellite image can be seen in the following photo shows. 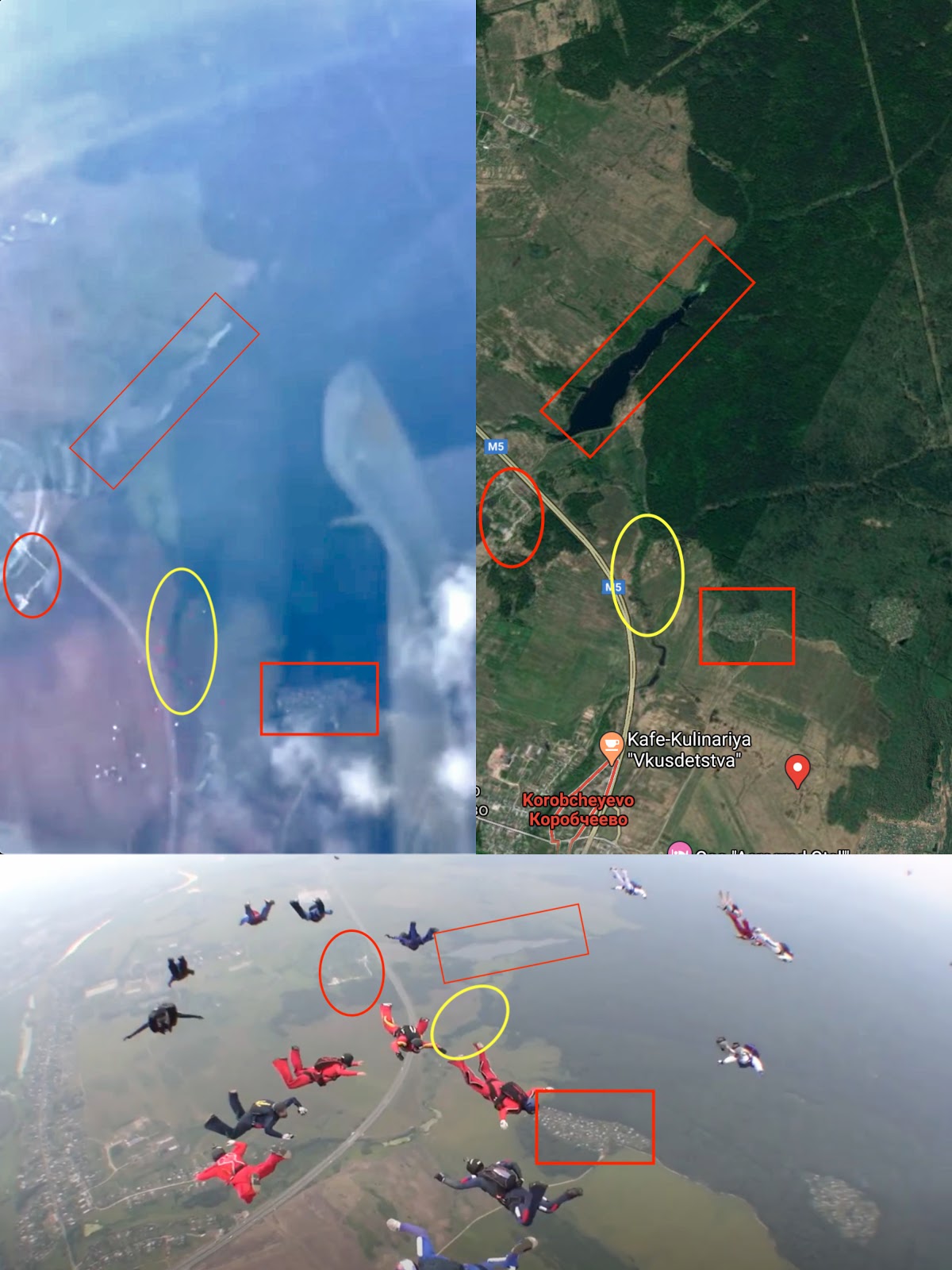 In addition, no credible sources reported any of these wide-spread claims.

- The footage shows parachutists jumping from a helicopter in a special event near Moscow in July 2018. The event was organized by Russian skydiving club Aerograd Kolomna.

- The claims that “Turkey dropped corpses of Syrian mercenaries into the sea” and “Mexico dropped the dead bodies of coronavirus victims” are both unfounded.