News websites and public pages on Facebook circulated the news of the injury of an ISIS leader during the explosion in the city of Afrin in the northern countryside of Aleppo on Sunday. The man referred to in the photos is called (Mohammed Mustafa Sheikh Abdo) and belongs to one of the armed Syrian opposition factions.

News websites and public pages on Facebook circulated the news of the injury of an ISIS leader during the explosion in the city of Afrin in the northern countryside of Aleppo on Sunday. The man referred to in the photos is called (Mohammed Mustafa Sheikh Abdo) and belongs to one of the armed Syrian opposition factions. 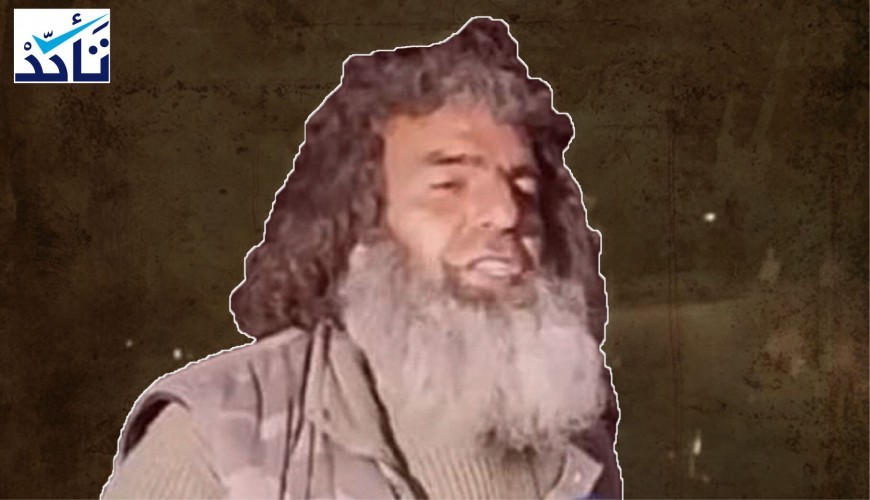 Was an ISIS leader injured in the recent explosion in Afrin?

Yesterday, activists loyal to the Democratic Union Party (PYD) circulated the news of the injury of an ISIS leader during the explosion in the city of Afrin in the northern countryside of Aleppo the day before
yesterday, Monday.

Yesterday, Tuesday, the pro-PYD website (xeber24) published a story entitled “An official source reveals the identity of one of the important targets of the Afrin bombing,” in which it quoted a source, describing it as “legal,” claiming that “one of the former princes of the terrorist organization ISIS and the current leader in Ashamiah Front faction loyal to Turkey, was wounded by a car bomb explosion in the city of Afrin, north of Aleppo.

The website attributed the claim mentioned above to the "Human Rights Organization Afrin - Syria" which said that "the so-called Muhammad Abdo Qara Sheikho, nicknamed Abu Ali, the former emir of the terrorist organization ISIS and the current leader of the Ashamiah Front faction loyal to Turkey, was one of the targets of today's bombing."

The blogger (Mustafa Abdi) also published on his public page on (Facebook) a post that included the claim mentioned above, saying: “One of the leaders of ISIS, called (Muhammad Abdo Qara Sheikh), nicknamed Abu Ali Al-Ansari, was found among the wounded in the Afrin bombing yesterday, Tuesday, which killed 11 people. and wounding 40 as part of the security chaos and the faction’s fighting.” He attached three photos of a person with a thick white beard and long hair to his post. 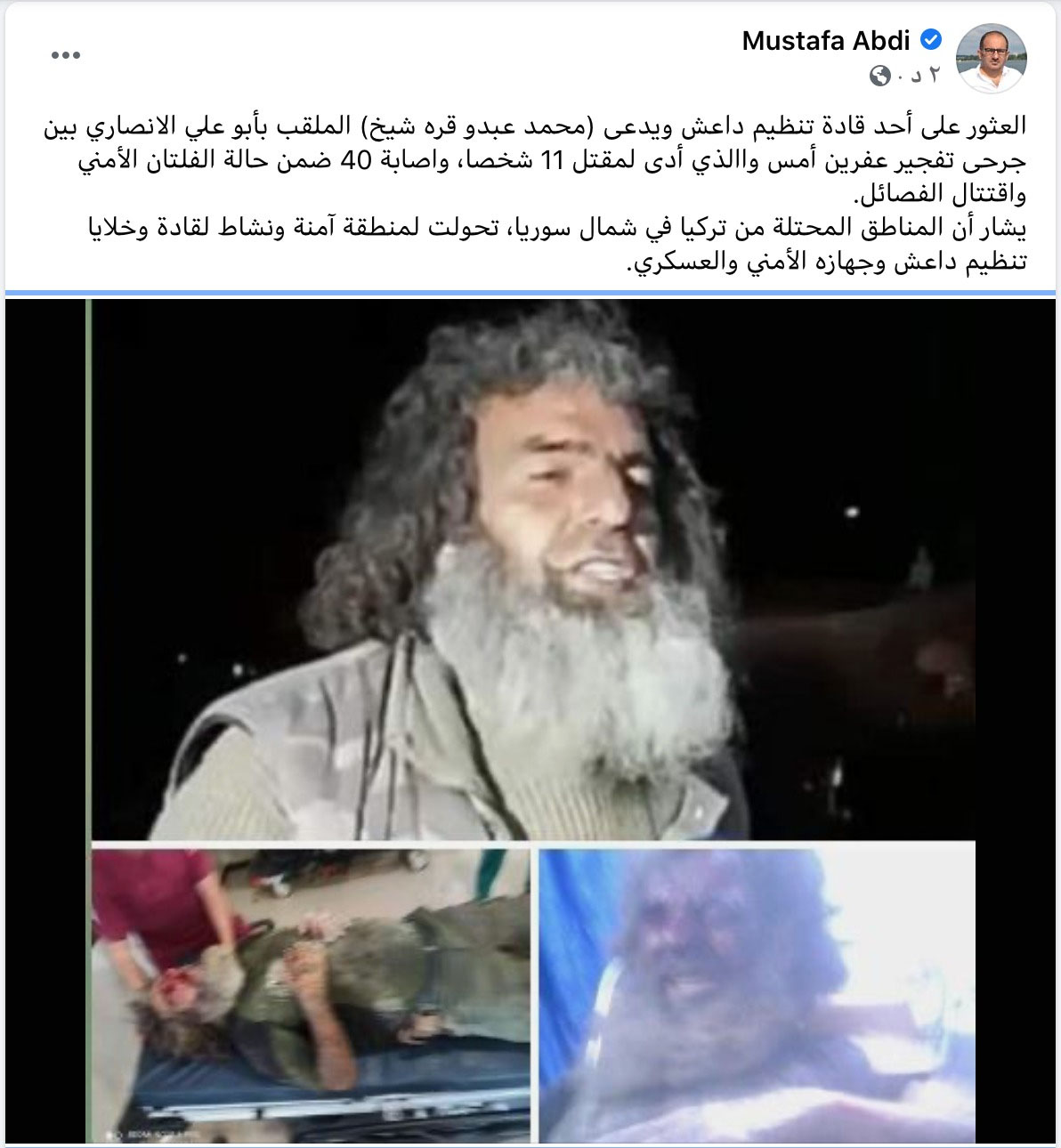 One of the three photos that Abdi shared with his post showed the man standing as if speaking in front of the camera, in good health, while the same man appeared in the other photos lying on a stretcher with blood on his face. Abdi later deleted his post that reassured the claim mentioned above without clarification.

To verify the truth of the claim circulating about the person mentioned above, Verify-Sy team contacted various sources in the city of Afrin in the northern countryside of Aleppo. The beginning was from the records of the injured who were transferred to the area's hospitals after the explosion that occurred in the city, killing and wounding dozens, which is "Shifa Hospital, Al-Salam Hospital, Azaz National Hospital, and the Military Hospital" in the area, and the name (Mohammed Abdo Qara Sheikho) was not mentioned there at all. 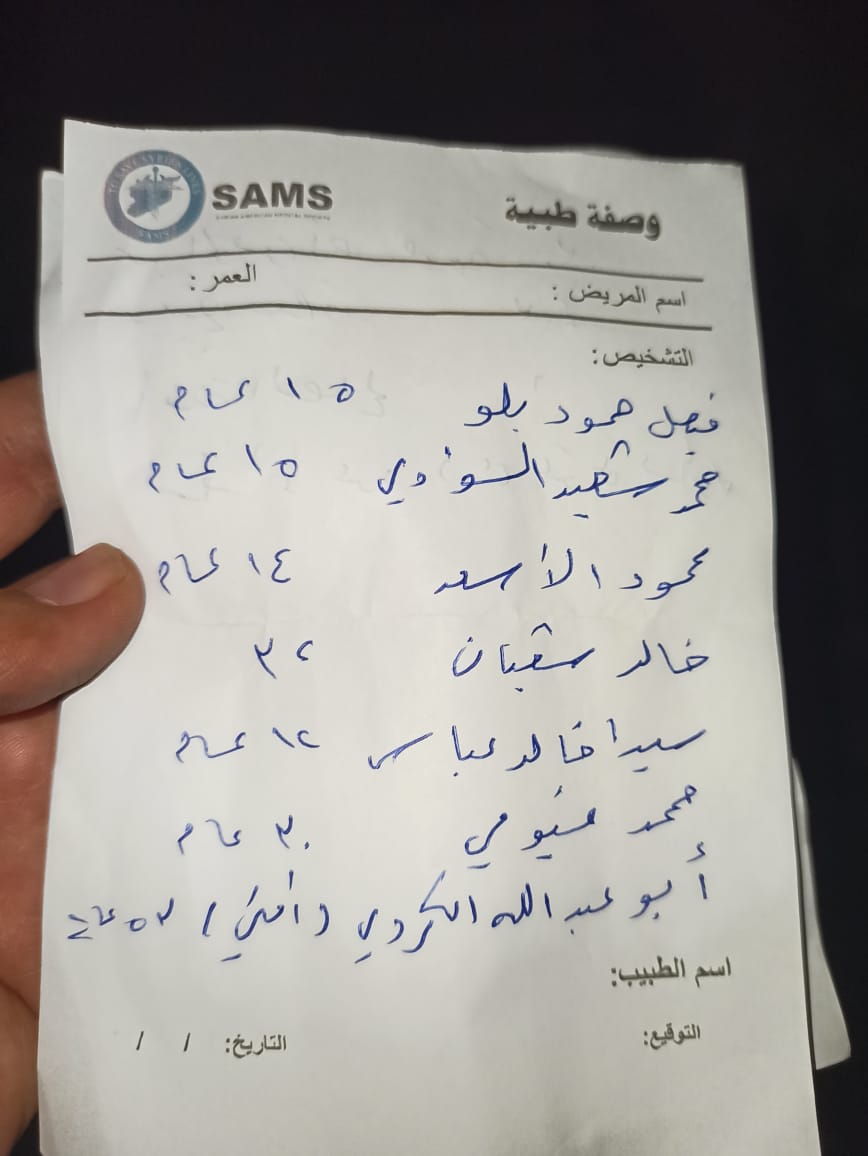 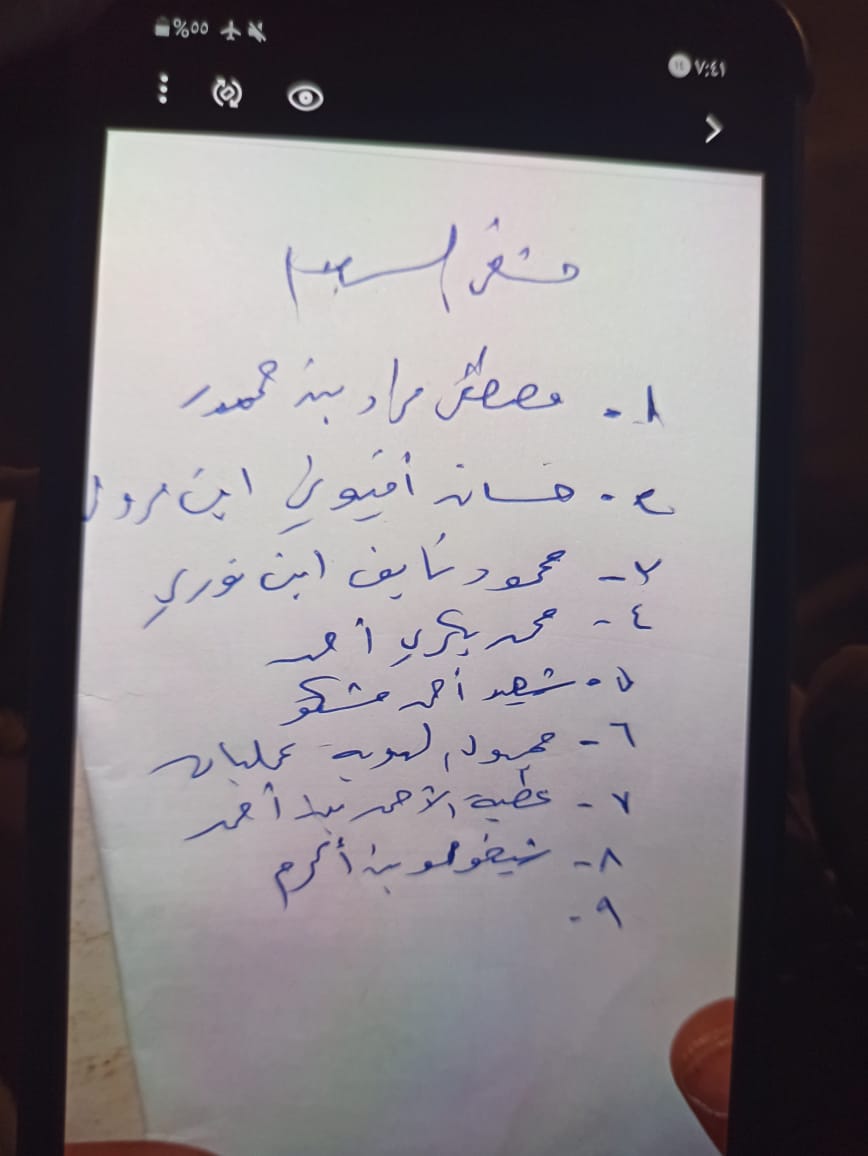 Verify-Sy platform showed the circulating picture of the person mentioned above to people working in hospitals and medical points the injured were treated in the recent Afrin bombing.

Three independent sources confirmed that the injured person was nicknamed (Abu Ali al-Kurdi) and worked with the "Ashamiah Front" faction of the armed Syrian opposition, noting that the same person fought alongside the faction mentioned above against ISIS during the "Euphrates Shield" operation supported by the Turkish forces.

The results of the reverse search conducted by Verify-Sy platform showed that one of the images circulated with the false claim is extracted from an interview conducted by (Aleppo Today) channel with the same person on April 29 of this year in the city of Afrin in the northern countryside of Aleppo, speaking the Kurdish language as an eyewitness in another bombing took place in the city, which is controlled by Turkish-backed factions. 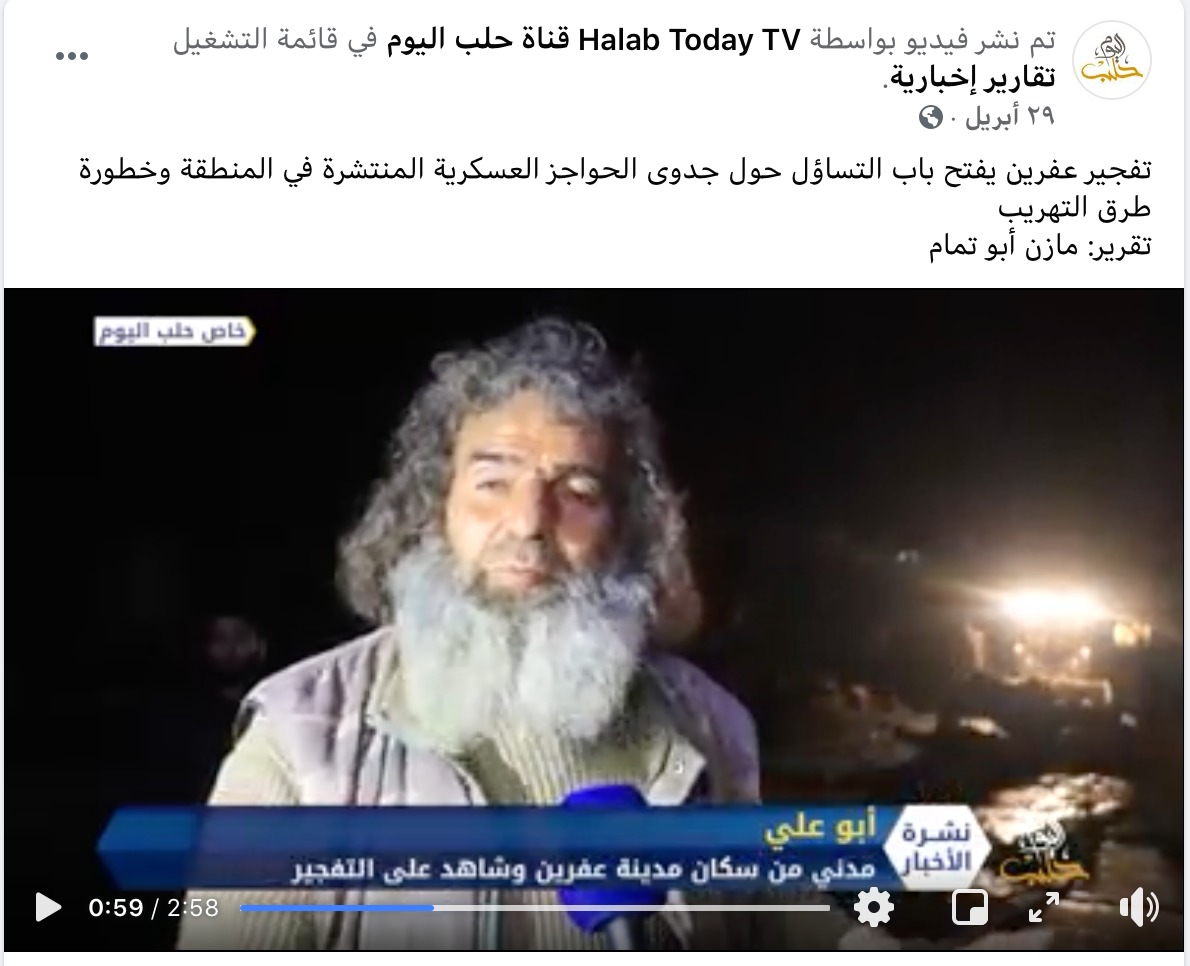 Who is (Abu Ali Al-Ansari)?

The results of the search conducted by the Verify-Sy team, using specific keywords about (Abu Ali Al-Ansari, ISIS, the Islamic State), showed many results, including a recording of a video version published by ISIS on the Internet of one of its suicide operations that conducted by the nicknamed (Abu Ali Al-Ansari) in the city of Nukhaib, located near the Iraqi province of Anbar, in 2015.

The results also showed the news of the killing of the field commander in (ISIS) called (Abu Ali al-Ansari) during clashes with the Kurdish protection units in the city of Ain al-Arab in the countryside of Aleppo, on the website of the Iranian Al-Alam channel in its Arabic version in 2014.

Meanwhile, the same name was mentioned in a post published on the "Sham News Network" website in 2017, which talks about a statement signed by about 24 military and legal figures in the "Hay'at Tahrir al-Sham" in protest of the arrests of several foreign legislators at that time.


This report was done in cooperation with (Walid Othman and Muhammad Al-Amouri), who participated in the “Dangers of Information and False News and Methods of Auditing” workshop, which was held by the Verify-Sy platform in the city of Azaz in the Aleppo countryside on September 10