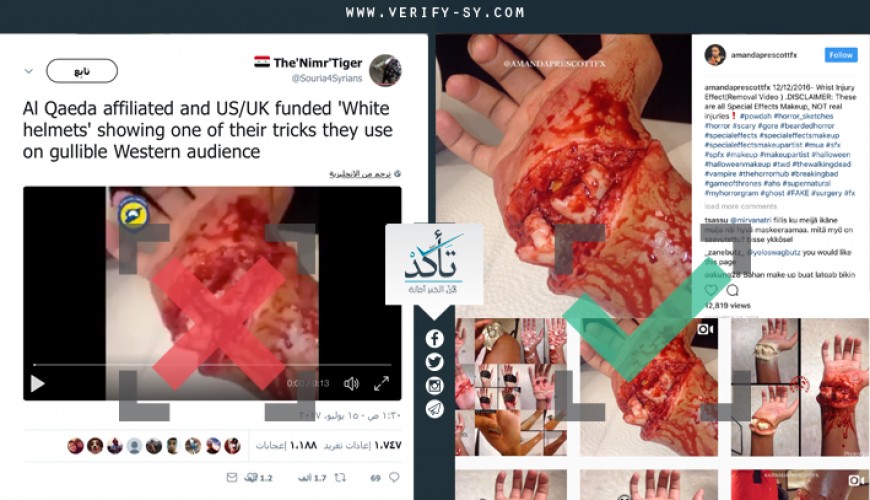 Pro-regime account on twitter shared a video of a hand covered in blood with a wound so deep it expose the bones and when the photo/grapher remove the blood the wound turns to be fake and effect with materials similar to horror movies effects.

Al Qaeda affiliated and US/UK funded 'White helmets' showing one of their tricks they use on gullible Western audience pic.twitter.com/kCamN2jaHd

The video which was widely shared had Civil Defense logo known as White Helmets and the publisher said it is one of tricks Syrian civil Defense use to mislead the western audience which he accused of being stupid.