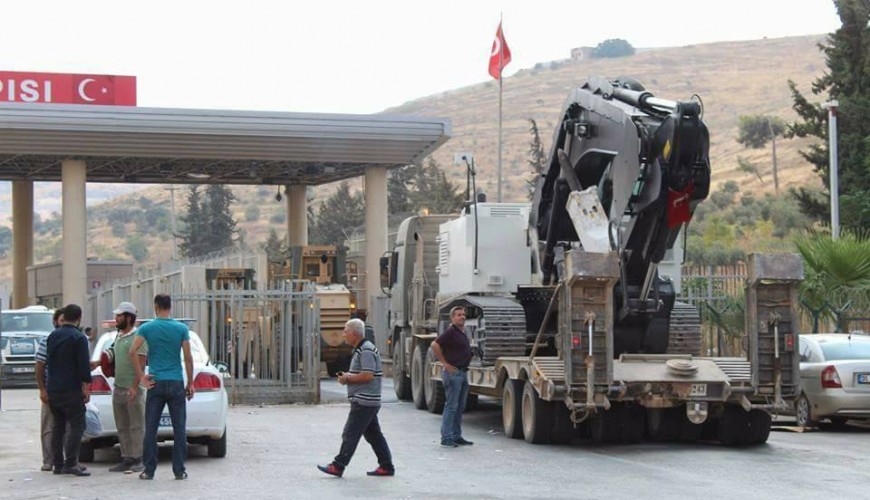 Photo publishers said the vehicles entered Idlib through Bab al-Hawa border crossing on the Syrian side of the border with Turkey.

Verify-Sy reporter in Idlib countryside denied and military vehicle entered Syrian territories until now, saying the vehicles seen in the photos still at the Turkish side of Celvigozu border crossing.

Reporter added that the movement of aid and trade trucks is ongoing today while the border crossing witness the return of hundreds of Syrians to turkey after spending the Eid holiday in Syria after Turkish authorities allowed them.