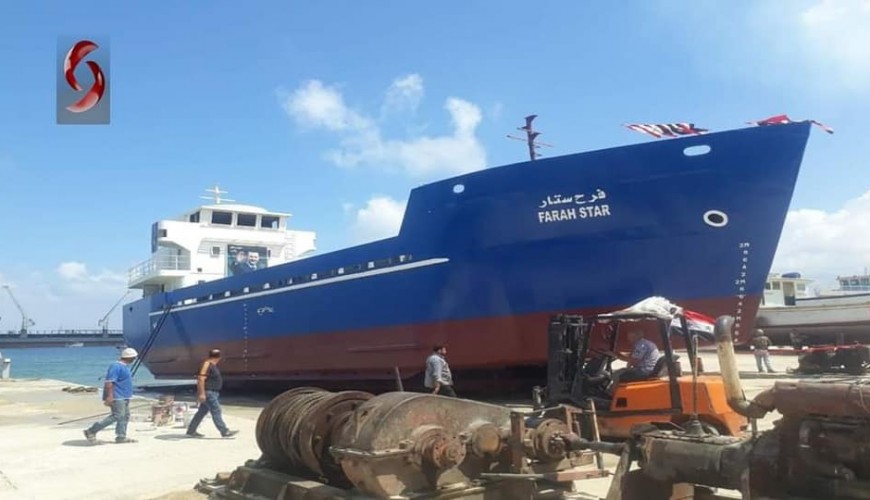 What is the truth about the manufacture of a naval vessel in the Syrian city of Baniyas?

The Syrian regime, through its official and affiliated media, announced the "flotation of a locally-manufactured Syrian ship" in the city of Baniyas. Officials in the Syrian regime claimed that the ship, which bore the name "Farah Star", was made with Syrian expertise and hands.

Several pro-regime websites and social media pages shared on June 12, through video and written reports about "the flotation of a Syrian ship in the city of Baniyas in the coastal governorate of Tartous is a defiance of the siege imposed on Syria, and an affirmation of the ability of the Syrian industry to do so."

The official news agency (SANA) also published video clips of the moment of the ship's flotation, "in the official presence of the governor of Tartous, who claimed in his speech during the occasion that the Farah Star ship was built by national hands in the center of Banias" and promised to work with the company that manufactured it to secure these technologies to build larger ships to be added to the national economy and to achieve the slogan of “hope with work,” he said.

Sham FM radio, which is aligned with the Syrian regime, quoted the captain of the ship, Khalil Bahlwan, as saying that "the ship was made with national expertise, and it was not purchased, and there is no imported piece. It is registered with the General Directorate of Ports and was inspected three times before it was floated." 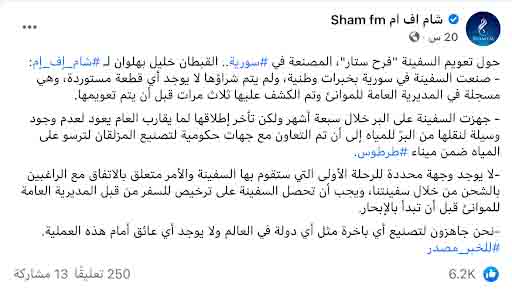 He also claimed his ability to "manufacture any ship, like any country in the world, and there is no obstacle to this process."

The Verify-Sy team conducted advanced research to verify the claim that “Khalil Bahlawan was the manufacturer of the Farah Star ship with local expertise,” and it turned out to be misleading.

The team's findings using keywords related to the claim showed that the captain himself told a local newspaper last year that he had bought the ship from an auction, and it was a small ship with a length of 24 meters, and then rehabilitated it to the European specifications.

The statement was reported by the local Al-Wahda newspaper in a news article titled "He returned to manufacture and rehabilitate ships. Captain Bahlawan: My love for my country is my first motive" on June 4, 2021, in which I attached a picture of the ship Bahlawan mentioned. 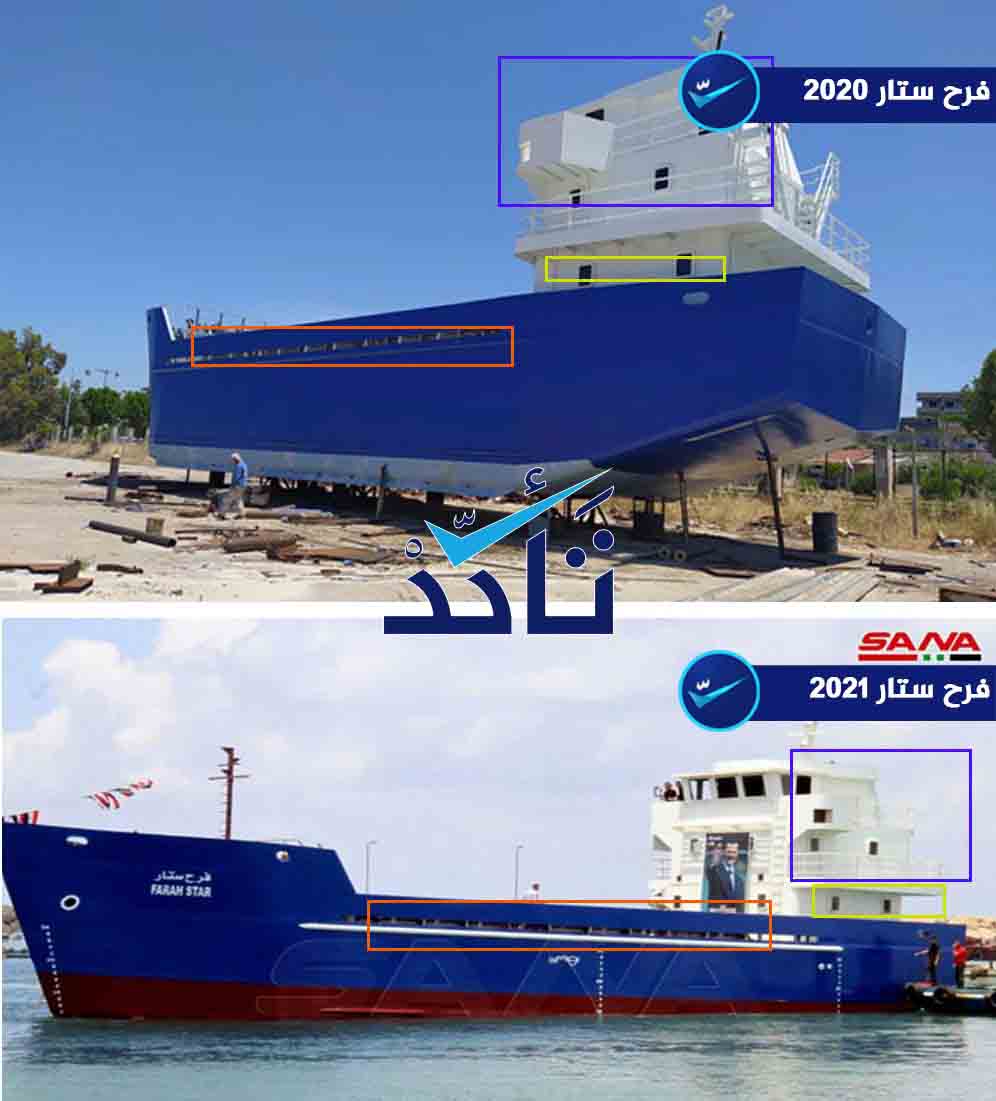 A source working in ship maintenance in Lattakia told Verify-Sy that shipbuilding is a difficult and complex process that requires special equipment, standards and technical conditions that are not available today in Syria, especially since it is considered a heavy industry.

He added that Syria is not able to manufacture an ordinary car engine, so how can it manufacture an engine for a marine ship? This also confirms the false allegations of the captain made recently.

What is Farah Star Ship?

According to the allegation, which we proved to be false, the captain of the ship that was floated in the port of Banias in Tartous, claimed that "its cargo is 567 tons, its length is 35 meters and its width is 8.10 meters, and it is equipped with two engines capable of each engine 750 horsepower and fuel tanks sufficient to sail for a whole month without the need to be refueled."