Verify-Sy reporter visit the family of Rajab, Tayyip and Erdogan and confirm their death

The accounts and websites shared photo of the three children with their father in a refugees camp on Harran in Sanliurfa and their refugees protection cards with their names (Rajab, Tayyip and Erdogan) and their father Mahmoud Yassin.

A relative of the family confirmed to Verify-Sy that the children were born in a refugees camp in Turkey and the father chose the names as gratitude to the Turkish president who was the Prime Minister.

The relative said that the family came back to Syria before a short time during Eid holiday and stayed at Kafersajna village while the father kept moving between Syria and Turkey for work.

A source said that the Turkish president didn’t visit the family of the kids before and the photos of him with other children were for another family and said that the three kids with another kid were killed when they were playing with a bomb they found in a farm while their parents were harvesting olive.

Verify-Sy has a copy of protection cards Turkey gave to three children Rajab,Tayyip and Erdogan when they were in Turkey which include their TC number given to Syrian refugees in Turkey and start with numbers 98 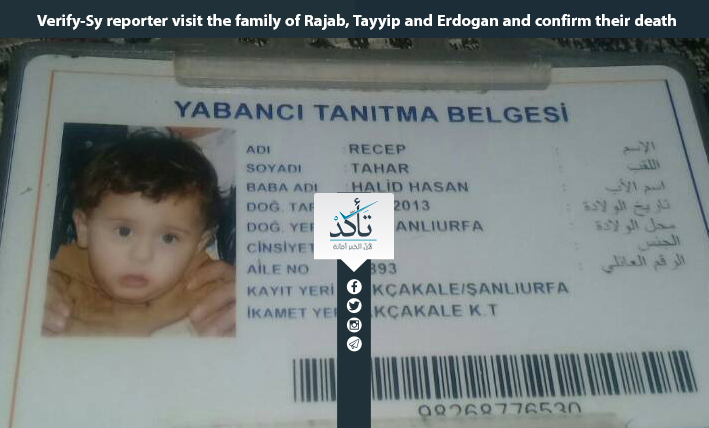 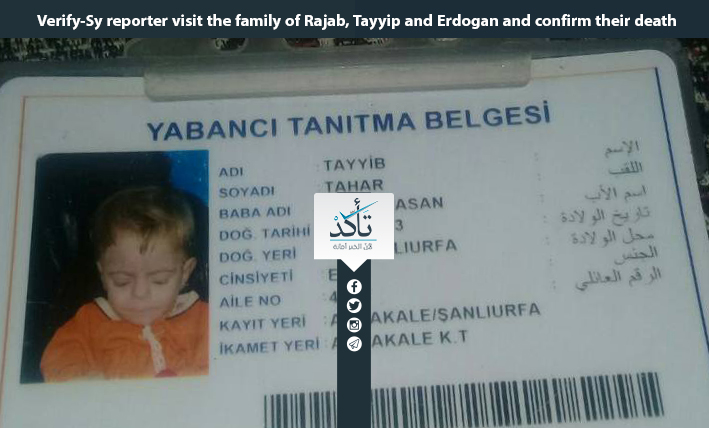 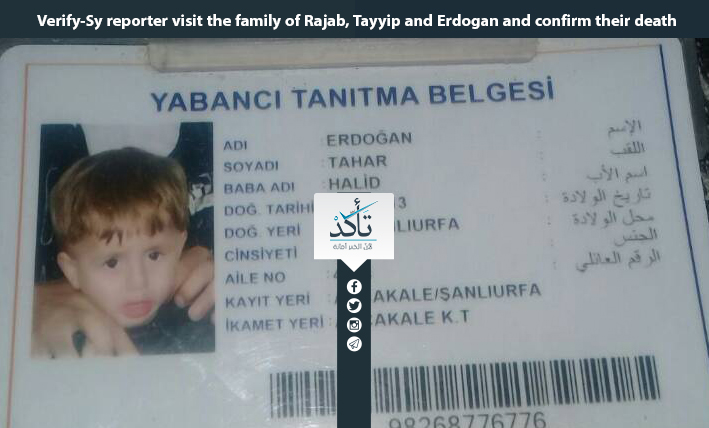