The editors of the news were based on information attributed to agencies and sources belonging to the regime of Bashar al-Assad, they pointed out that Assad's adviser, Buthaina Shaaban, had discussed with Chinese military officials the participation of Chinese special forces in fighting the "terrorists of the East Turkistan Islamic Movement", whose Assad regime claimed to be in the countryside of Damascus.

However, the official news agency of the regime of Bashar al-Assad "SANA" denied today through its website to publish any news about the arrival of Chinese troops to Syria, and demanded a clarification from the Russian agency "Sputnik" , which was among the promoters of the news, saying that what was published professionally wrong and must be corrected.

It should be noted that the channel "Mayadeen",which is loyal to the "Lebanese Hezbollah" published the same news under the title (Special Forces of China "Night Tigers" arrived several days ago to the Syrian port of Tartous), and deleted today from its site without deleting the news link from its official page. 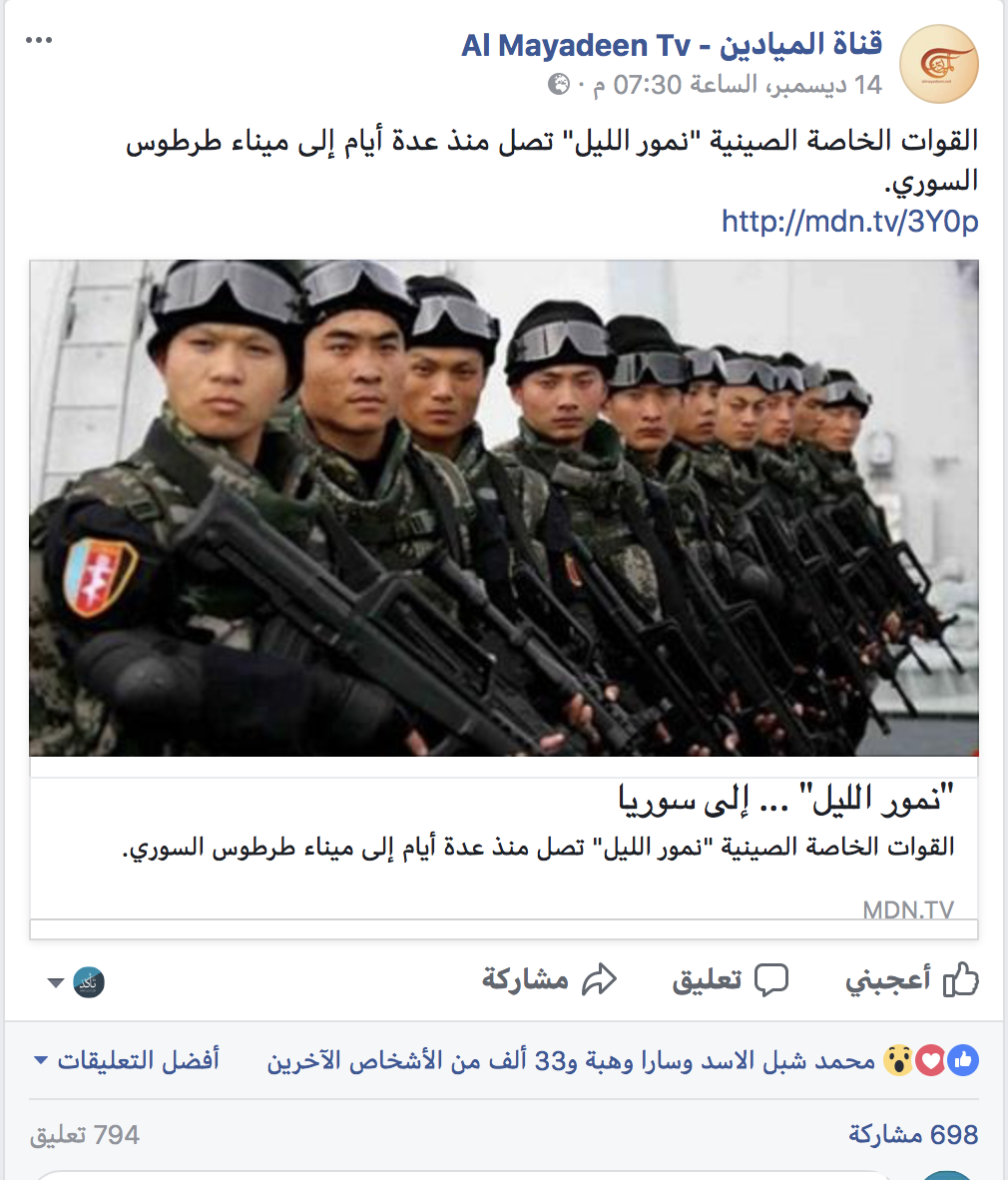