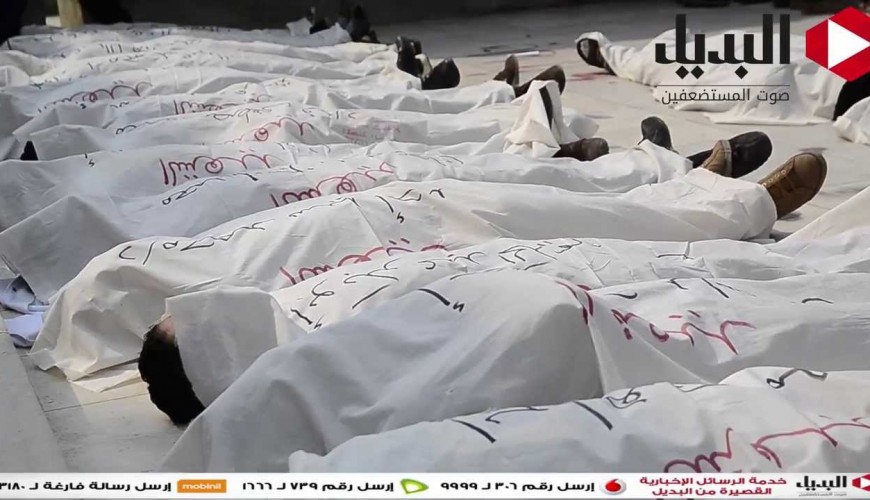 Pro-Assad regime social media accounts and pages shared a video showing a number of people laying on the ground and wrapped inin the grave cloth.

Video’s publishers said this video shows the fabrication of Assad regime opponents of dead civilians killed in crimes carried by the regime, adding that the bodies’ movement is a proof of this fabrication.

Verify-Sy would like to remind the audience that this video is not from Syria but from Egypt, it was filmed during a show by students of al-Azhar University in Egypt on October 2013 to show the world the massacre committed against protesters in Rabiaa Square in Cairo which is known as “Rabiaa Massacre”.

Verify-Sy attach clips from the same video published on “al-Badeel Newspaper” channel on YouTube on 28/10/2013 under the title “an acting show of bodies inside al-Azhar University”.