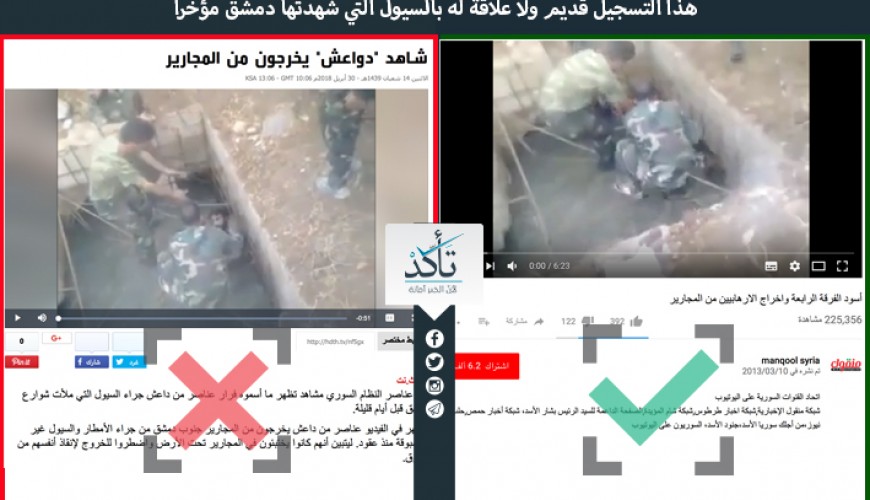 Websites and social media pages have been sharing a video recording showing three people leaving a hole that appeared to be a sewerage channel under the watch of armed men wearing a military uniform.

Those sites, quoting "elements of the Syrian regime," said that the recording shows the escape of elements of "ISIS" by the floods that filled the streets of Damascus a few days ago, adding that they went out to avoid drowning.

After a search conducted by Verify-Sy about the recording, turned out that it had been posted for about five years under the title "The lions of the fourth division and getting out the terrorists from the sewage", while we could not verify the description attached to the recording, but the speaker in the recording sending his greeting at the end of the section, then saying the name of the "Fourth Division", without mentioning the place and time of recording.

The city of Damascus has been witnessing torrential rains for many days, which have already blocked sewage channels in some areas.