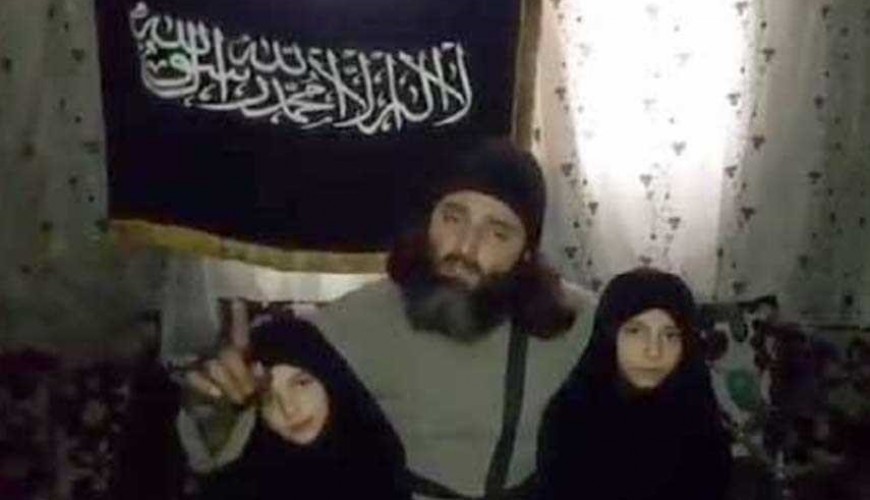 English-speaking accounts shared today on Twitter a photo of 2 girls wearing black hijab with a bearded man and a black flag behind him.

Photo publishers said the girls in the photo who conducted the attack that targeted police HQ in Syrian capital Damascus today.

Verify-Sy would like to remind audience that the photo of the girls is published since November 2016.

The video was published few days after suicide attack targeted regime position in al-Maydan neighborhood in Damascus and the man appeared talking to the girls.

Activists said the man in the video called Abdulrahman Shadad Abu Nimr and his daughter Fatima blew herself up but her sister went back home after police banned her from entering the police station.

Worth to mention that pro-regime media announced on Wednesday afternoon that two suicidals blew themselves near Damascus Police HQ in Khaled Bin al-Waleed street after clashing with guards.