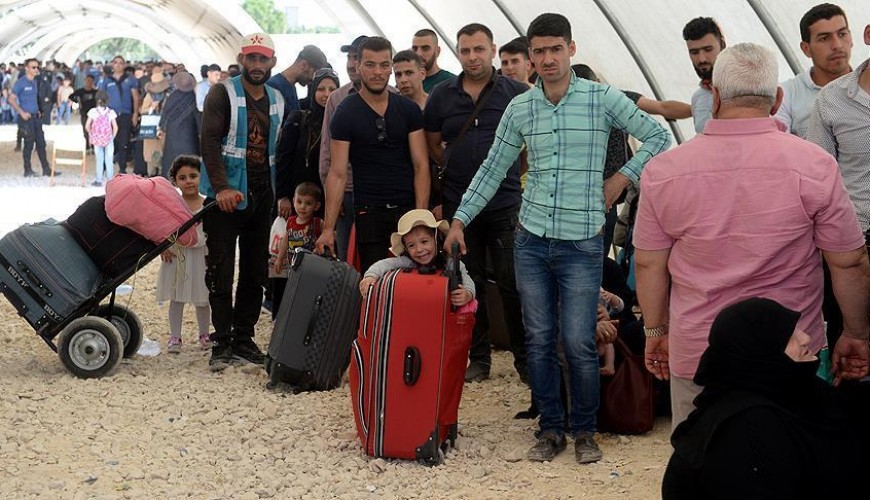 The Russian embassy in Syria has tweeted Sunday a report that includes a brief from “the Russian Reconciliation Center” in Syria. The tweet has included a photo in which dozens of women and men appear, carrying their bags in prefabricated houses. 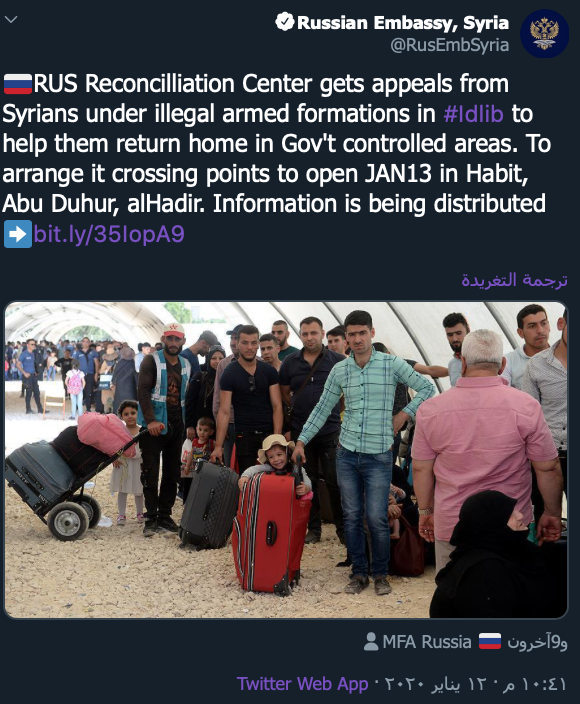 The embassy has reported that “the Russian Reconciliation Center” received appeals from civilians in areas under the control of opposition to “help” them return to the “government-held areas,” claiming that it will open crossing points and passages to facilitate their return from the areas of Abu al-Duhur, al-Habit and al-Hadir on Jan. 13.

Verify-Sy Platform fact-checked the photo and found that it shows Syrians crossing from Turkey into Syria to spend the Eid holiday at home; this Turkish system allows Syrians residing in Turkey under the temporary protection status to spend 1-5 months at home without losing their protection status in Turkey.

Anadolu Agency posted the same photo in a news report published in June 2018, which reports about the number of Syrians who crossed from Turkey to Syria to spend the Eid holiday.

Activists said Sunday the Assad forces had dropped leaflets on cities and towns out of  the regime control calling on inhabitants to evacuate these areas to the regime-held ones through the above-mentioned corridors, stating that these corridors will be opened on Jan. 13 at 12:00 p.m. 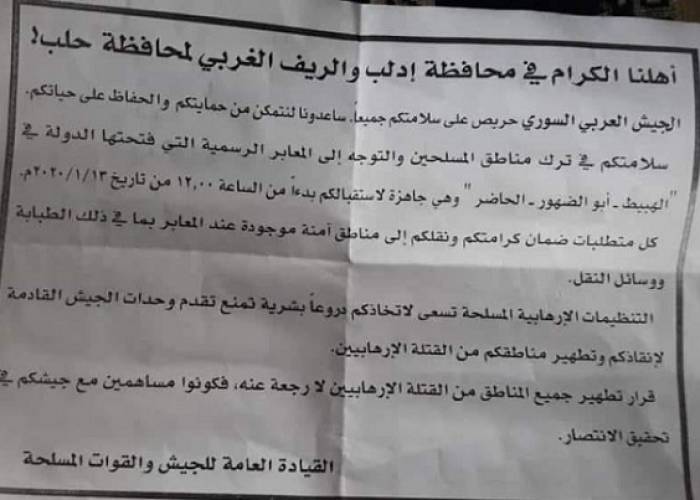 (A leaflet dropped by the Assad forces on some towns in the western countryside of Aleppo. / Activists)