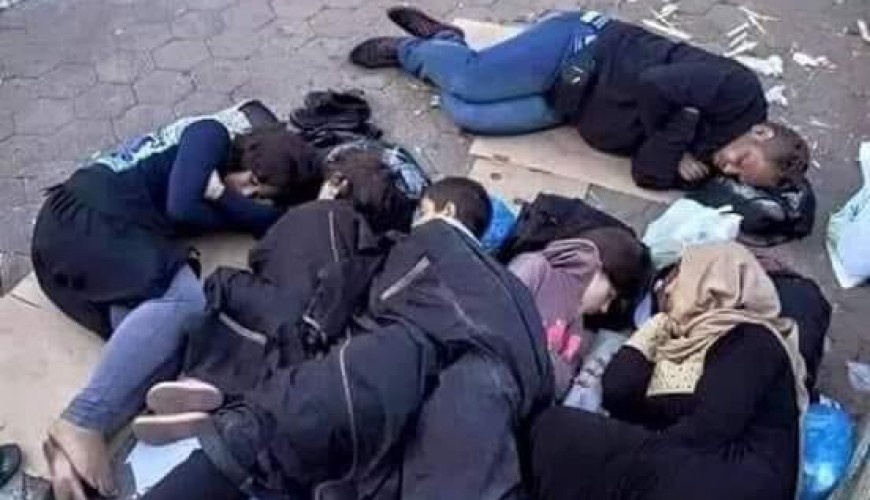 News pages and profiles on social media have recently circulated a photo of six people, including four children, laying on the floor and seemed asleep.

What do we know about the photo?

By conducting a Tineye reverse image search, Verify-Sy found that the photo is old and wasn’t taken in Syria. The oldest search result leads to an image posted on Adobe Stock. “A migrant family sleeps in a park near the main bus and train station in Belgrade,” the photo’s description reads.

The photo was taken by Marko Djurica and dates back to August 26, 2015.

Of note, no information on the nationality of the family members is provided on the website.