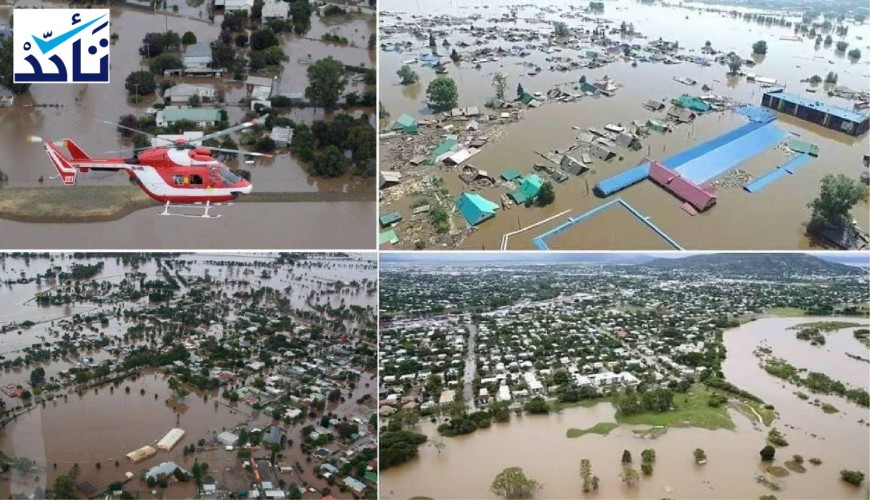 These Photos Aren’t Related to Recent Storms in Australia

A Facebook page called “E’lanak Fi Turkia” (Your Ads in Turkey) posted photos of areas hit by floods and flash floods, with a post that reads, “Australia has exterminated around 5,000 camels by bullets on the pretext of they consume the scarce water resources. God punished them with rain storms accompanied by snowballs, as if they were stones of baked clay.”

The aerial photos show areas hit by floods, without providing any additional information or specifying when or where these images were taken.

A reverse image search found that the photos are not related to the storms in Australia’s east.

One of the images shows a helicopter flying over a flooded area. The reverse search found that the photo, taken by Andrew Meares for Reuters, was taken on March 7, 2012. The rescue helicopter was flying over an area of North Wagga inundated by floodwaters; it is located 380 km southwest of Sydney.

Another image posted by the page also dates back to March 2012 of the same area.

Also, another image posted by the Facebook page in the same post dates back to June 2019; it was taken in Russia and shows the floods that hit the Irkutsk region at the time.

In addition, the photo that was merged with the previous one, in the above-mentioned post, dates back to February 2019; it shows flooded houses inundated with floodwaters in the Townsville city northeastern Queensland, Australia.

Australia launched a campaign on January 9, 2020, to cull 10,000 camels with snipers in the state of South Australia. The bushfire crisis has forced herds of camels to search for water closer to rural towns, threatening locals and infrastructure. As a result, over 5,000 camels were killed.

The Insurance Council of Australia estimated claims related to hailstorms that recently struck the country on January 19 and January 20 to a total of $320 million.