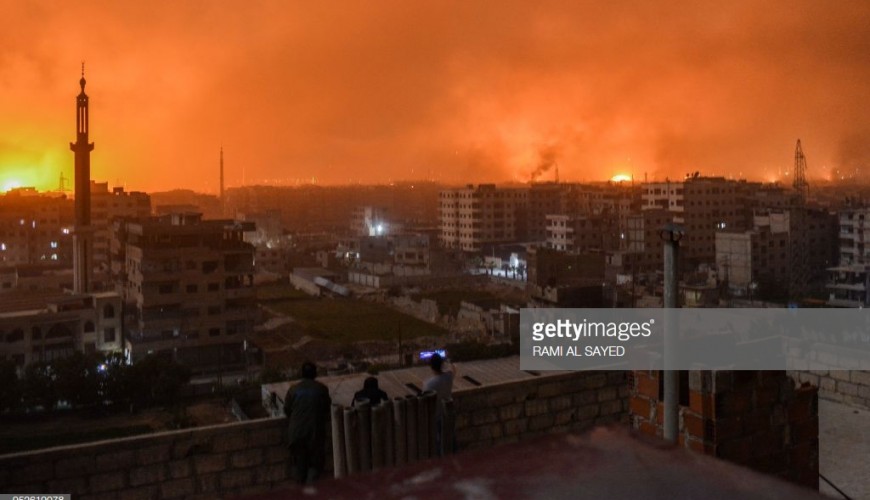 Verify-Sy searched for the original photo and it turns out it is from Yarmouk Camp in Damascus and was taken by photo/grapher Rami al-Sayyed, the photo was taken in April 28 and published on Gettyimages with the following description “People stand on a roof to observe explosions in the skyline of a southern district of the Syrian capital Damascus, during regime strikes targeting the Islamic State group in the Palestinian camp of Yarmuk and neighbouring districts”
Embed from Getty Images

worth to note, that at least 3 Palestinians were killed in Israeli army airstrikes and shelling targeted Gaza after its patrol was shot.