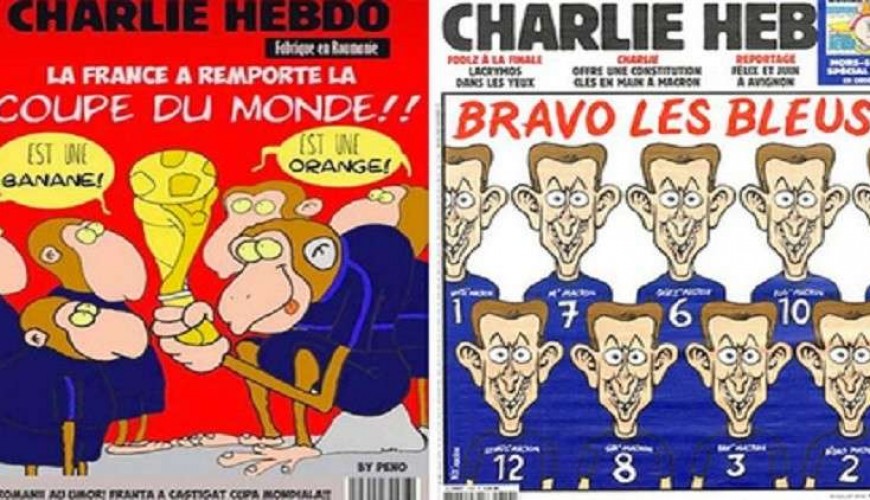 Social media news pages and personal accounts shared a photo of a racist cartoon against French footballers and said it is by French satirical magazine.