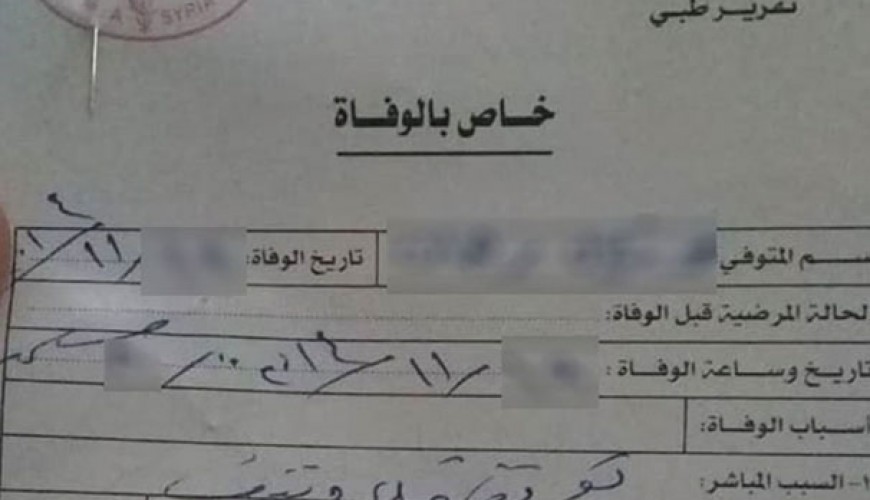 The reports talked about different methods by the Syrian regime to inform the families of detainees who were killed in detention and the report covered many areas including Damascus, Daraa, Homs and Hama.

But the report denied that no name lists of detainees from Hasaka were published and no family of detainees were informed of the death of their sons and no funeral were held in the city.

Verify-Sy talked to “S.A” the uncle of one of the detainees from Ghwieran neighborhood who was killed under torture.

Mr “S.A” told Verify-Sy that families of 66 detainees were given death certificates from Civil Archive in Hasakah and the certificates said the reason of death is heart attacks, low blood sugar and high blood pressure.

“S.A” added that dozens of funeral tents of the detainees who were killed in detention were set up inside Ghweiran neighborhood in the past 10 days when families went to Civil Archive to know the fate of their detained sons.

Another local source told Verify-Sy that the first detainee who was declared dead is Ali al-Sayyed Abbad in July 19.

Verify-Sy attach photos of funerals tents in Ghweiran neighborhood published lately by activists on social media while locals sources confirmed to Verify-Sy that these photos are new and for detainees who were killed under torture.

Majority of these detainees from Ghweiran neighborhood were detained in August 2012 when Assad forces stormed the neighborhood after it witnessed protests against Assad regime.

We attach also a list of detainees’ names from Ghweiran neighborhood who were killed under torture. 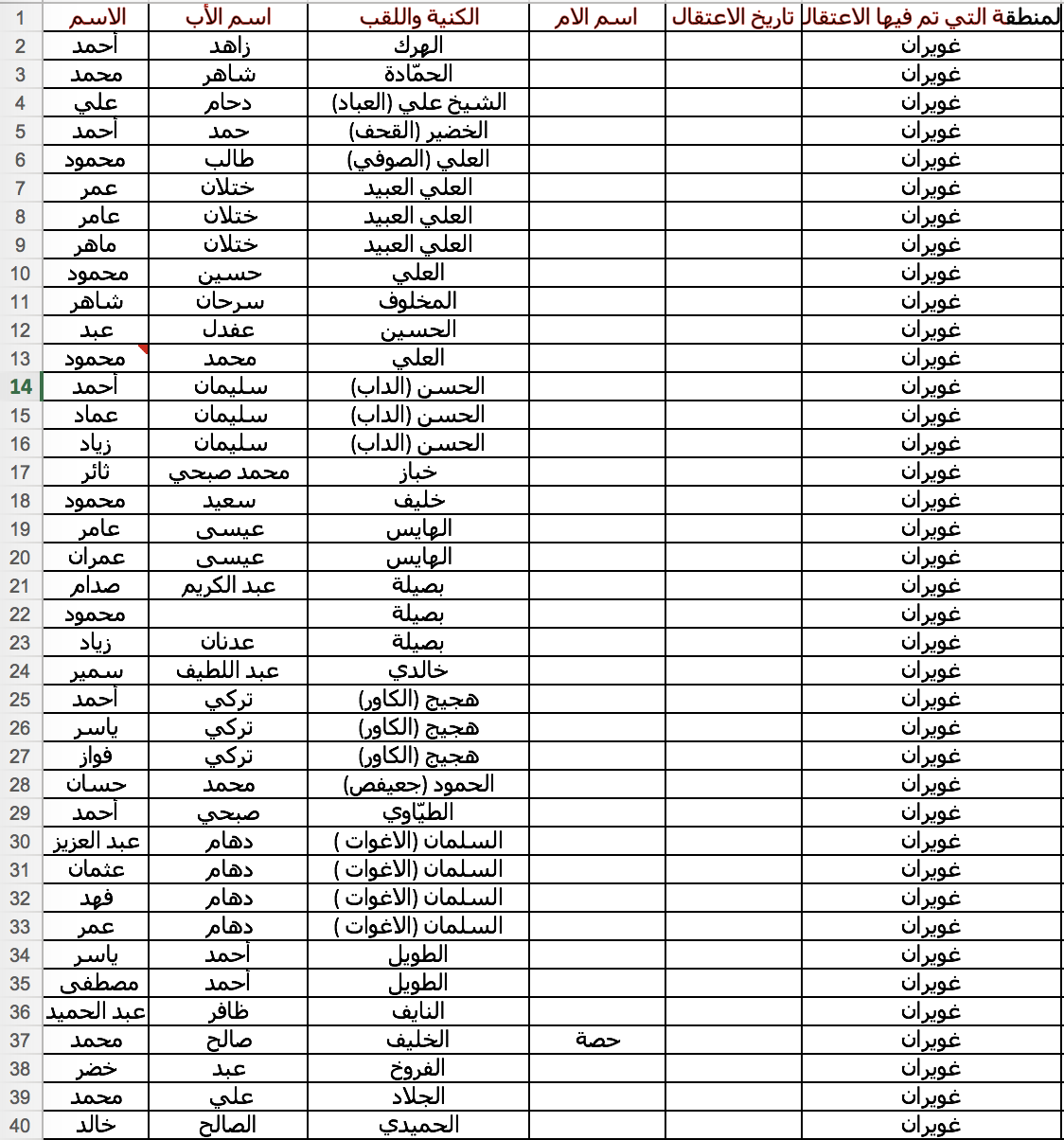 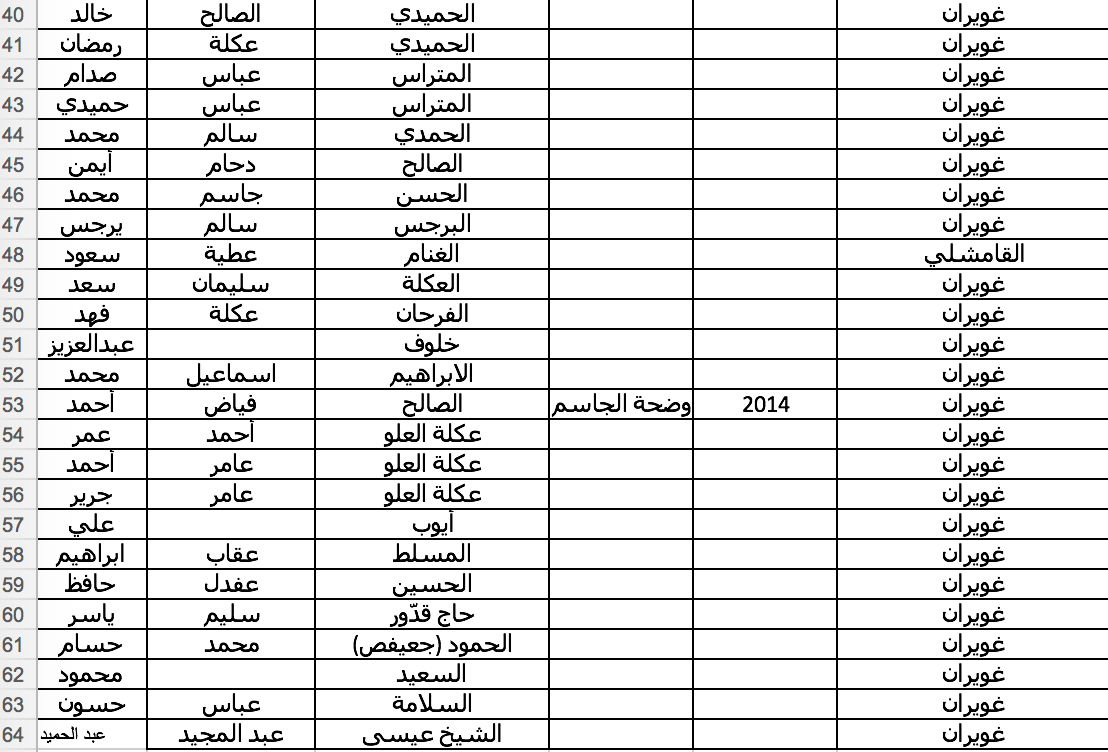