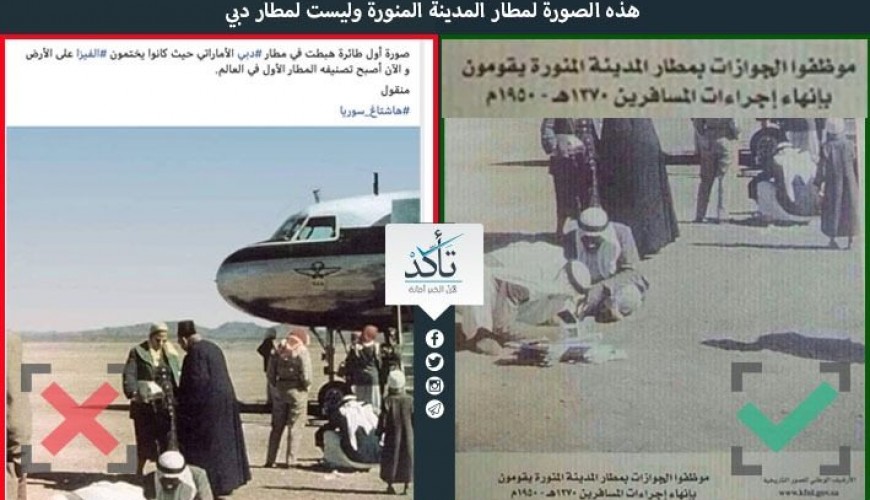 This airport is located in Saudi Arabia, not in Dubai nor Palestine

This photo has recently circulated social media; it shows the cockpit of an airplane in ** Dubai, while several men were gathering around it.

“The photo was captured at Duba Airport in UAE 30 years ago, where visas were being stamped on the ground. Today, the airport is ranked the best in the world.”, those who posted the photo said, while others said that it belongs to the Palestinian Airlines at al-Led airport in 1934 which was renamed to Ben Gurion Airport in 1948.

Verify-Sy checked the photo; it turned out that the photo shows immigration officers at Medina Airport in 1950 finalizing the passengers’ procedures on the airport’s ground, according to the National Photo Archive at King Fahad National Library. Moreover, Saudi Arabia Airlines logo, at the time, appears on the side of the cockpit. 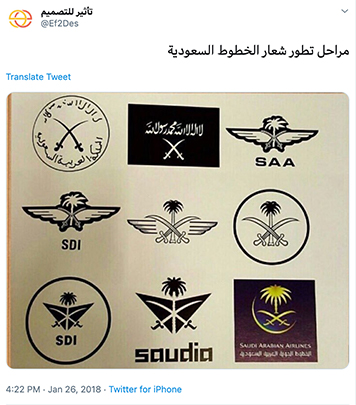