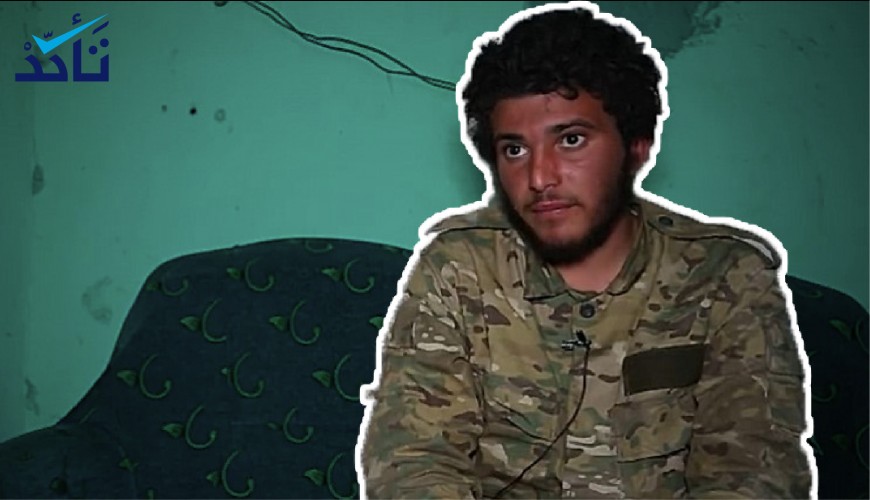 A video of an interview with a man dressed in military uniform has surfaced on Facebook and Twitter. It has been claimed that the man is a Syrian mercenary who was arrested by the Libyan National Army.

The original voice in the video was replaced with a man’s voice talking in the Damascus Arabic. The faked video was seen and shared hundreds of times on Twitter.

The voice attributed to the man appearing in the video claims that the man was fighting alongside the Sarraj group, also known as the Libyan National Accord Forces, and that he was transferred to Libya through Turkey after he had left Syria. The man, according to the voice, arrived to the camp, where he had spent several days before he engaged in the battles in the Salah al-Deen district. Then, he was arrested at the Yarmouk camp.

Tweeter @halabadawy64 has attributed the footage to the Military Media Division of the Libyan National Army, a military organization headed by Khalifa Haftar. After checking its official Facebook and Twitter accounts, Verify-Sy found that it has not posted any information, videos, or photos of “Syrian captives” in Libya.

Verify-Sy searched for the original video, and found that it is dates back to April 2018. Coinciding with battles between Hayat Tahrir al-Sham (HTS) and the Syrian Liberation Front (SLF), several opposition-allied platforms published the video titled, “Confessions of HTS Captive Thieves Who Attempted to Advance on Rihab Village Pivot in Western Countryside of Aleppo.”

In the video, two men narrate their fight alongside HTS and how the Ahrar al-Sham Movement of the Syrian Liberation Front captured them in action in rural Aleppo.

Reports of Turkish-backed Syrian combatants heading to Libya to fight alongside the Forces of National Accord Government against the Libyan National Army, led by retired General Khalifa Hafter, were circulated over the past week. Verify-Sy Platform has not been able to verify such reports until publishing this piece.