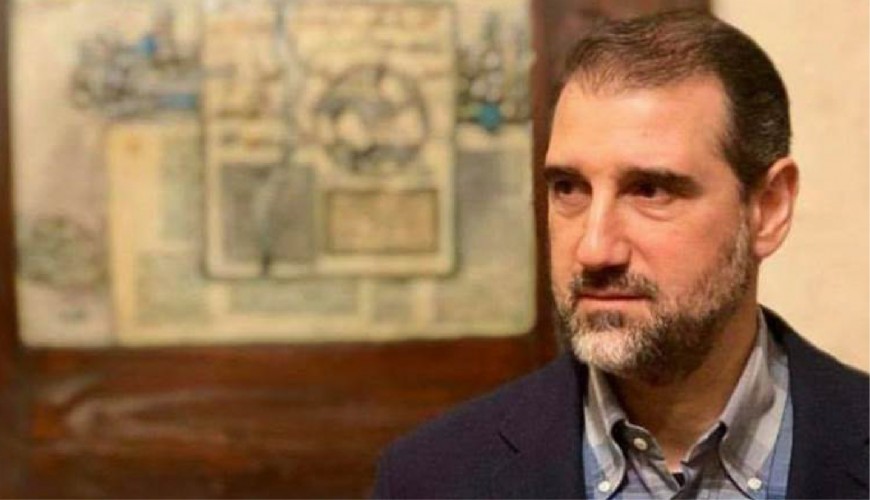 News websites and pages on social networks have published an image of what it said to be a decree, No. (3215 / F / S), of the Ministry of Finance of the Assad regime, to seize Rami Makhlouf’s assets in the Bahamas, Cyprus, Hong Kong, and South Africa. The alleged document is claimed to be issued on May 19, 2020.

The following are links to some of the news websites and pages that published the alleged decree: here, here, and here. 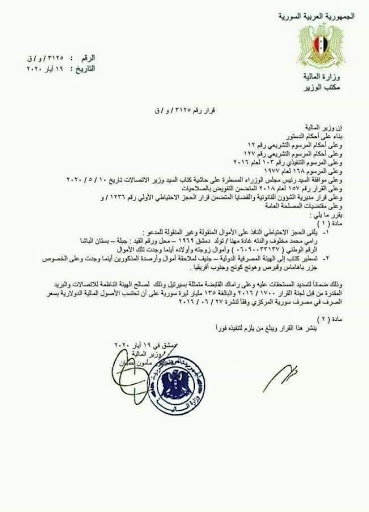 The document isn’t authentic, the actual decree is different

A thorough search conducted by Verify-Sy found that the above-mentioned “decree” is fabricated. A satire Facebook page, named “Yes to Rami Makhlouf,” was the first platform to publish the alleged document. It was deleted around a week ago.

The satire page had published several fabricated decrees and statements that were reposted and claimed to be authentic by social media users, including a decree attributed to Assad’s Ministry of Finance, which claimed Assad’s father-in-law, Fawwaz al-Akhras, had been appointed “a judicial guard of Rami Makhlouf’s money and his wife’s and children’s.” Assad’s “Ministry of Justice” declined issuing the alleged decree in a statement on its Facebook page. 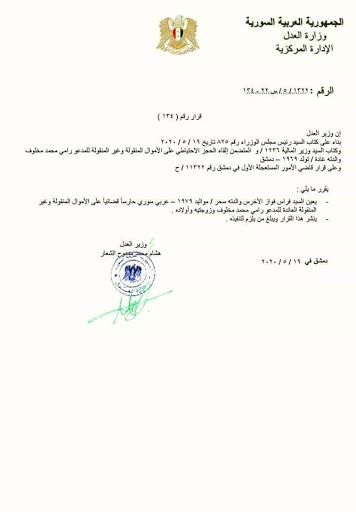 Besides, the pro-Assad regime RT published a document that is likely to be the decree issued by Assad’s Ministry of Finance and stamped May 19, 2020. RT’s report states that the ministry issued a decree to place Rami Makhlouf’s assets, along with his wife’s and children’s, under “precautionary seizure” to guarantee payment of sums owed to Assad’s Telecommunications and Postal Regulatory Authority.

In addition, Reuters reported it had reviewed a document, stamped May 19 and signed by the regime’s finance minister, that had ordered a precautionary seizure of Makhlouf’s assets, as well as to his wife and children, for the same aim reported by RT.

The satire document said the decree was sent to an international body called “the International Banking Commission.” After conducting a thorough search, we found that this body, which is allegedly capable of pursuing asset recovery cases, doesn’t exist.

The International Criminal Police Organization (INTERPOL) announced developing an initiative to trace, seize and return stolen public funds to the country of origin.