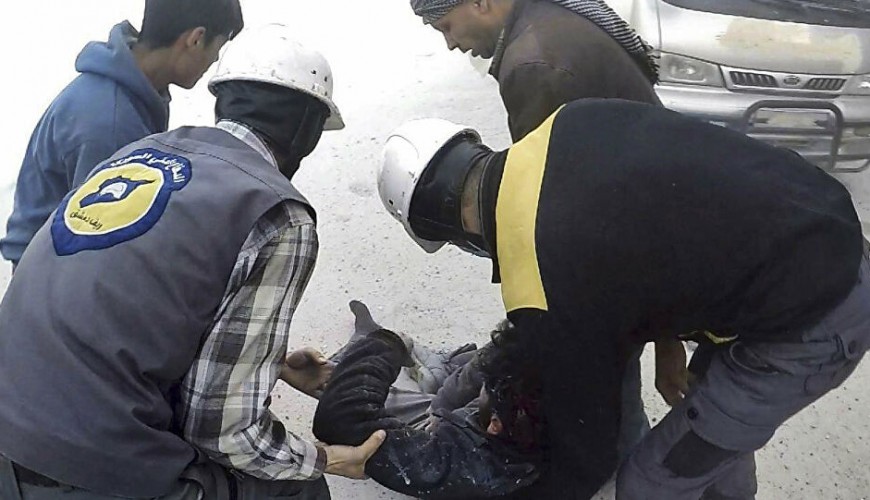 Russian Sputnik agency published on its Arabic website today a article titled “Swedish Doctors:Syrian kids were killed intentionally before being filmed in the chemical play” said in it “Swedish doctors for human rights (SWEDRHR) uncovered White Helmets manipulation, and who call themselves first responders and volunteers didn’t save the children but on contrary they killed them to film more realistic videos”.

The agency published in its article from “Veterans Today” website which was shared virally by pro-Assad regime Arabic websites from the organization who said after close look to videos of Syrian kids suffering from chemical attack, the Swedish experts concluded that “first responders” injecting children with adrenaline shot in heart with long needle knowing that this is not the method to treat chemical attacks victims.

In its turn, (SWEDRHR) published statement about what it called “the distortion in Veterans yesterday” denied it accused “White Helmets” of killing children saying “the context is wrong and it is not our attitude towards this”
The organization clarified it published several conclusions based on the videos of chemical attack on Khan Shaykhon and when they came up with the final conclusion they were cautious to not accuse any person or side if it was “White Helmets” or anyone else.

According to the conclusions the organization came up with, videos showing the treatment on several kids were “fake” as the organization said because it was on dead children, and the cardiac injection on of the kids in a video was empty and the kid wasn’t injected. 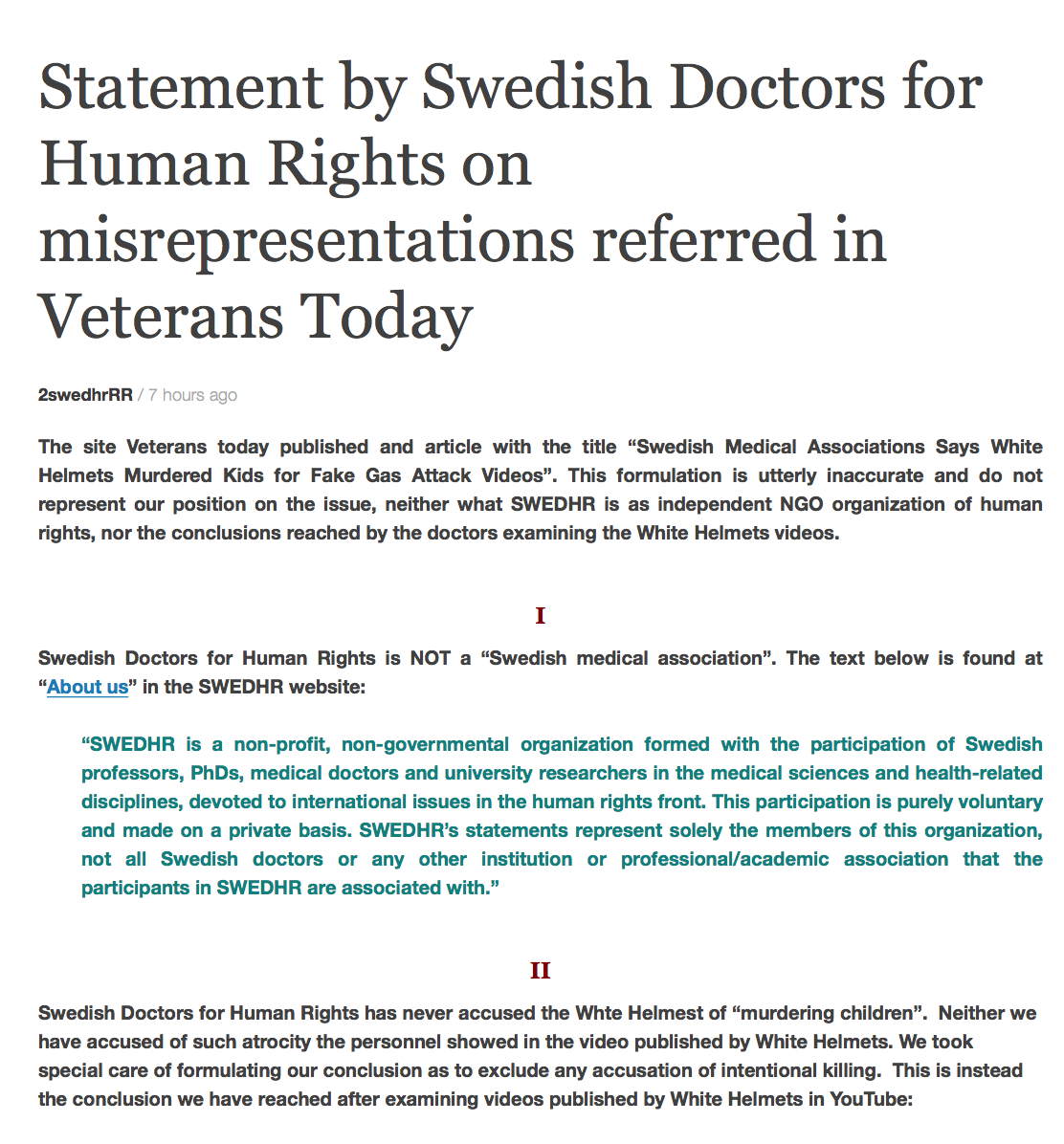 The organization concluded in its statement that it doesn’t accuse or verify what the first responder did was a murder against a child, saying the real reason behind death known only from an autopsy.