Accounts on Facebook published what they called a "poem" that included sectarian incitement and attributed it to the Syrian poet (Adonis). However, this "poem" is not for Adonis, and the poet previously denied that he wrote it.

Accounts on Facebook published what they called a "poem" that included sectarian incitement and attributed it to the Syrian poet (Adonis). However, this "poem" is not for Adonis, and the poet previously denied that he wrote it. 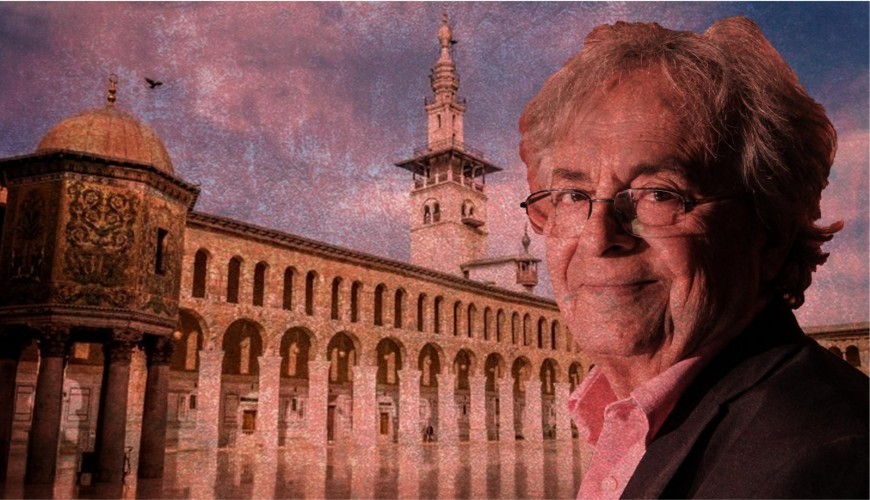 A "poem" with sectarian terms attributed to Adonis... What is its truth?

Accounts on Facebook recently circulated what they called a "poem" that includes phrases of sectarian incitement, in which it is stated:

Burn Homs, which is called the crime of Ibn Al-Waleed

Let all these structures be burned.

It would not have produced all these bad if it were good things."

The accounts that circulated the "poem" claimed that it belonged to the Syrian poet (Ali Ahmed Saeed Esber), known as (Adonis), who was a candidate this year and in previous years for the Nobel Prize for Literature. 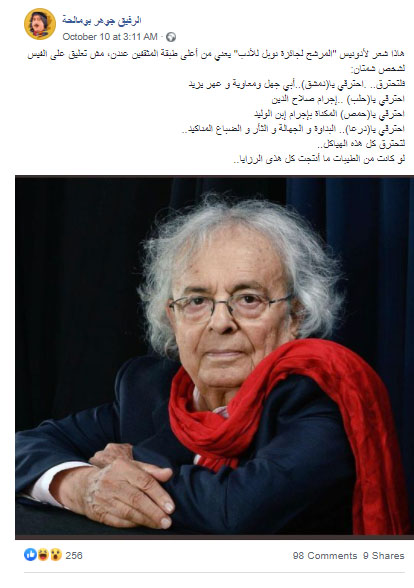 Verify-Sy tracked the circulating poem attributed to Adonis to verify whether it was truly his.

After the search process, it became clear that the circulating "poem," which includes expressions of sectarian incitement, is not by the Syrian poet (Adonis).

On page 238 of his book (Dust of Cities - Misery of History), published by (Dar Al-Saqi) in 2015, which is a collection of articles, Adonis denied that the aforementioned "poem" was his production and accused the Algerian Islamic Awakening Front of falsifying this "poem." and attributed it to him. 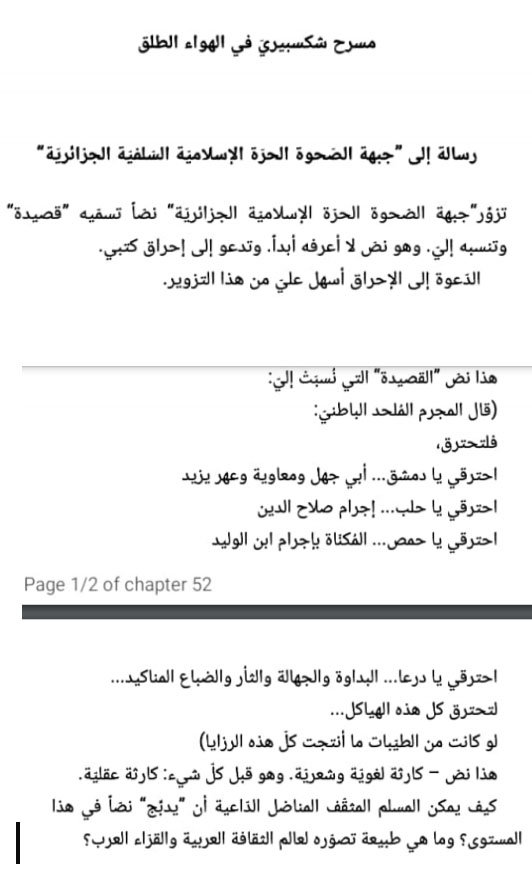 Adonis says in his book: "The Algerian Islamic Awakening Front is falsifying a text it calls a 'poem', and attributes it to me, a text I never know... This text is a linguistic disaster and is above all a mental disaster." Click here to download the book.

In December 2013, the Syrian poet denied to the London-based "Al-Arab" newspaper that this "poem" was his.

It is worth noting that controversy is raised annually on social networking sites about (Adoni) when the announcement of the (Nobel) awards approaches. The Syrian poet and writer has been a candidate for years for the Nobel Prize for Literature and is facing widespread criticism because of his anti-Syrian revolution and support for the Assad regime in Syria, and also because he supports the "Islamic Revolution" in Iran that "Khomeini" led in the seventies of the last century.