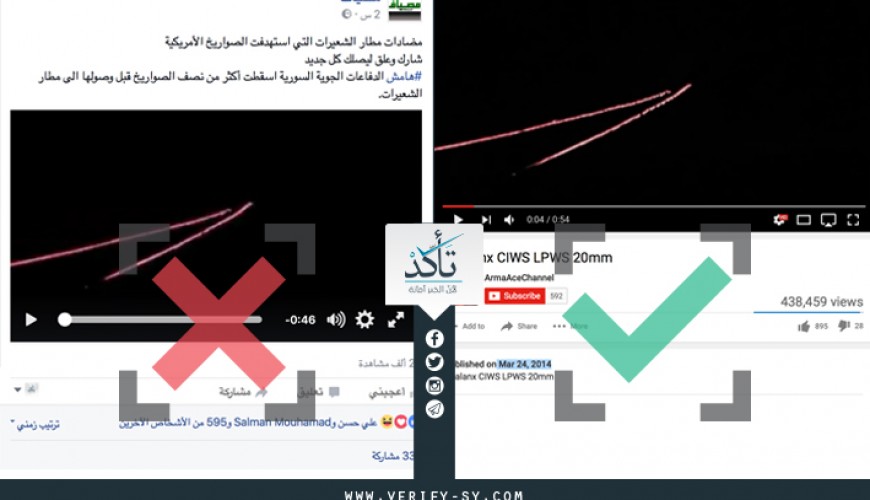 
Verify-Sy reminding followers this video is an experimental audition of US anti-missiles system for warships weapon “Phalancx CIWS” and the attached video is the original on YouTube since 2014.


Worth to mention US army conducted this morning bombardment with cruise missiles targeted al-Sheyrat airbase in Homs responding to the chemical attack launched by regime in Khan Shaykhon which killed and injured hundreds of civilians.