These photos are not from Deir Ezzor

during the battles between Assad forces and ISIS in Deir Ezzor city and its countryside, many photos being shared as from Deir Ezzor but they are not and here we debunk these photos:

1-Social media pages and accounts shared photo showing civilians fleeing while carrying baggage in the streets with white smoke behind them appear to be by an airstrike. 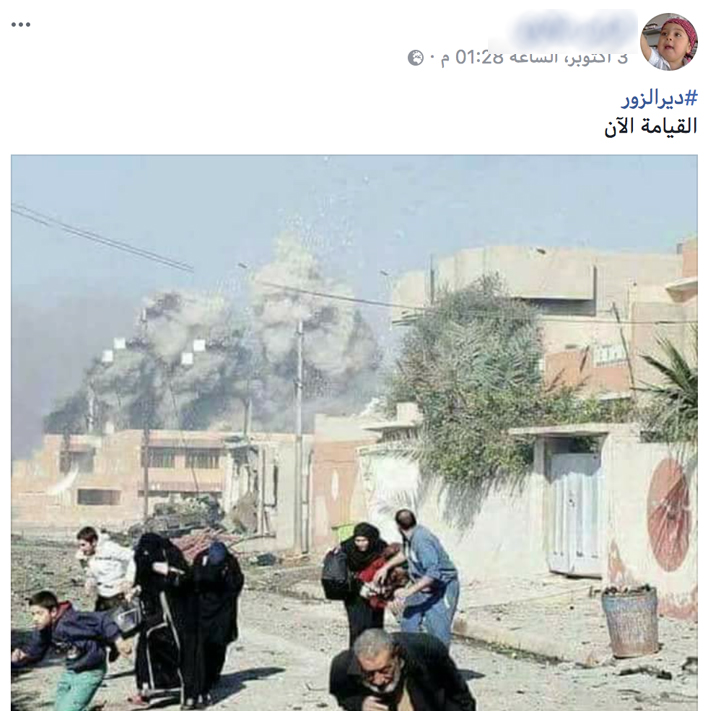 After a search by Verify-Sy turns out this photo is not from Syria but from Mosul captured by Reurters photojournalist Goran Tomasevic on 17 November 2016 when airstrike hit ISIS position in the city.

2-activists on Twitter shared photo of smoke rising from a civilian neighborhood and said it was from Deir Ezzor.

After search by Verify-Sy turns out the photo is from Ayn al-Arab (Kobane) city in north east Aleppo taken by photo/grapher Osman Orsal for Reuters on November 2014, the description according to the agency is an explosion due to airstrike on Ayn al-Arab city.

3-social media activists shared photo of burned dead bodies next to a motorcycle while someone trying to pull the bodies and said it was from Deir Ezzor.

Verify-Sy searched for the source of this photo and turns out it was published on 2015 with ISIS “Euphrates Welayet” logo, the date on the photo is 22 Meharram 1437 on 4 November 2015, according to the description photo is “aftermath Russian airstrike on crowded market of Muslims in al-Boukmal city” 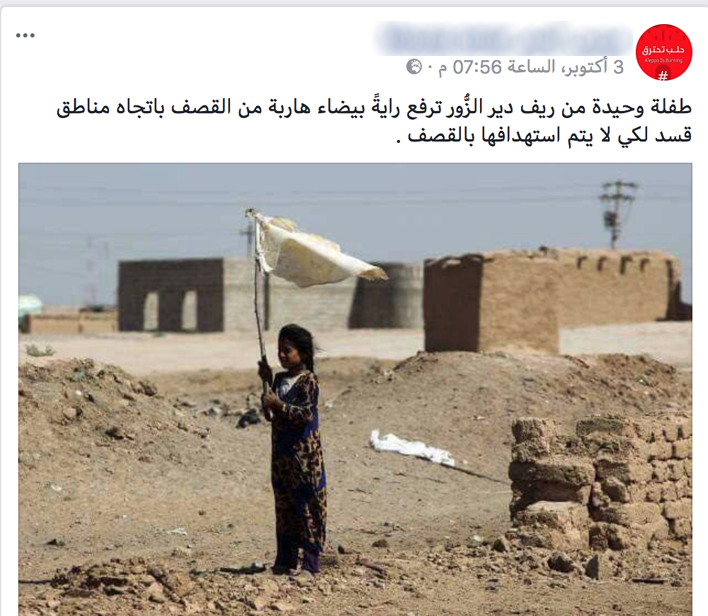 Verify-Sy searched for the source of this photo and it turns out it was taken by photo/grapher Ahmad al-Rubaye for AFP on 1 October 2017, the agency said it is for an Iraqi girl waiving white flag while Iraqi forces and PMU advancing toward ISIS stronghold in al-Hawyija city.